Zoo bans woman from visiting chimpanzee after having ‘affair’ 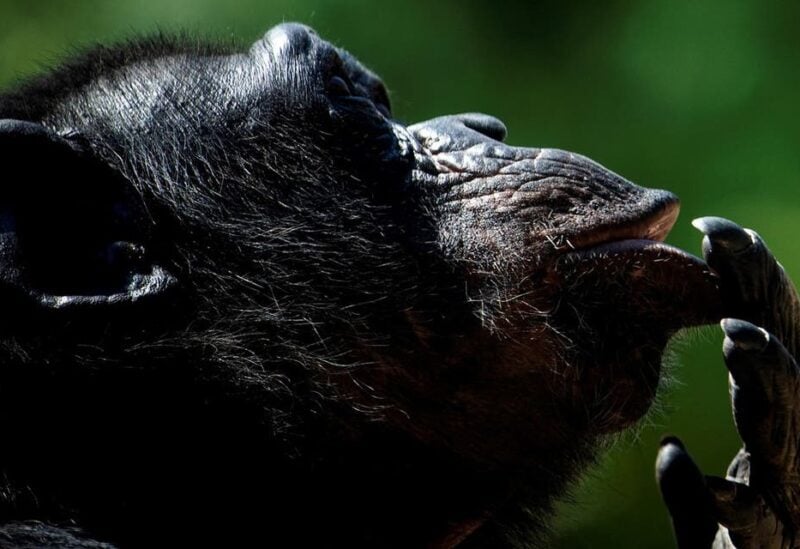 File photo of a chimpanzee looking on in its enclosure at the Bioparco zoo in Rome on August 13, 2020. (AFP)

A woman has been banned from visiting the chimpanzee enclosure of a zoo in Belgium after having an “affair” with one of the apes, according to media reports.

Adie Timmermans had been visiting the 38-year-old chimpanzee Chita every week for the last four years, Newsweek reported, and had developed a close bond with the great ape during that time.

“I love that animal and he loves me,” Timmermans said in an interview with Belgian broadcaster ATV.

Her weekly visits consisted of waving to Chita and blowing him kisses through the glass.

But zookeepers believe the interactions were harming the chimpanzee’s social status within his group.

Raised as a pet before being given up to the zoo when his behavior became unmanageable, Chita has retained a keen interest in people throughout his 30 years in the enclosure, according to Antwerp Zoo curator Sarah Lafaut.

His relationship with the chimpanzees who were raised in captivity, however, has been more strained.

“When Chita is constantly surrounded by visitors, the other monkeys ignore him and don’t consider him part of the group, even though it’s important for him,” a spokesperson for the zoo told ATV.

“He then sits on his own outside of visiting hours.”

Timmermans expressed frustration at being banned from visiting her primate companion in her interview with ATV.

“I haven’t got anything else. Why do they want to take that away? We’re having an affair, I’ll just say… Other dozens of visitors are allowed to make contact. Then why not me?”