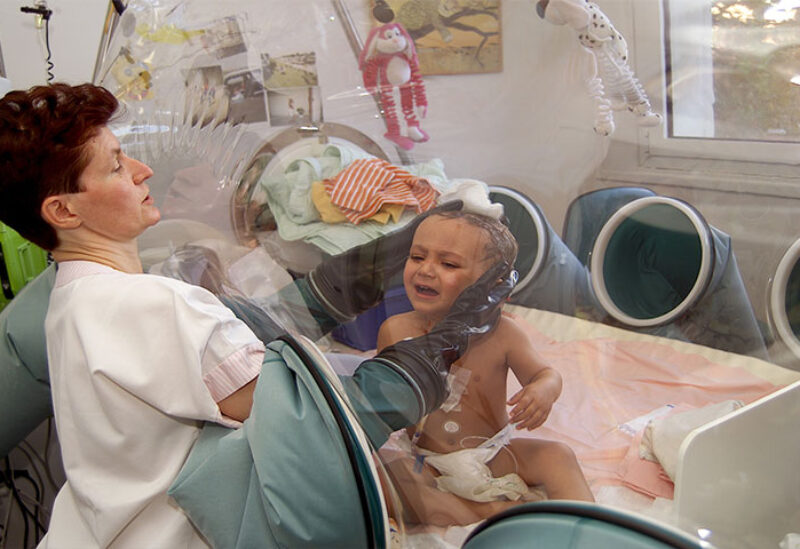 Doctors reported on Tuesday that a gene therapy that makes use of an unlikely helper, the AIDS virus, gave a working immune system to 48 babies and toddlers who were born without one.

Results show that all but two of the 50 children who were given the experimental therapy in a study now have healthy germ-fighting abilities.

“We’re taking what otherwise would have been a fatal disease” and healing most of these children with a single treatment, said study leader Dr Donald Kohn of UCLA Mattel Children’s Hospital.

“They’re basically ‘free range’ – going to school, doing normal things” without the worry that any infection could become life-threatening, he said.

The other two children who were not helped by the gene therapy later had successful bone marrow transplants. Doctors say it will take longer to know if any of the 50 are cured, but they seem to be doing well so far.

The children had severe combined immunodeficiency syndrome, or SCID, which is caused by an inherited genetic flaw that keeps the bone marrow from making healthy versions of the blood cells that form the immune system. Without treatment, it often kills in the first year or two of life.

It became known as “bubble boy disease” because of a case in the 1970s involving a boy in the US state of Texas who lived for 12 years in a protective plastic bubble to isolate him from germs. It is now called “bubble baby disease” because roughly 20 different gene defects, including some that affect girls as well as boys, can cause it.

A bone-marrow transplant from a genetically matched sibling can cure the disorder, but most children lack a suitable donor and the treatment is risky – the Texas boy died after one.

Patients now are treated with twice-weekly doses of antibiotics and germ-fighting antibodies, but it is not a permanent solution.

Doctors think gene therapy might be. They remove some of a patient’s blood cells, use a disabled AIDS virus to insert a healthy version of the gene that the child needs, and return the cells through an IV.

Josselyn Kish, now 11 and living in Las Vegas, received the treatment at UCLA when she was three. As a baby, she suffered rashes, painful shingles and frequent diarrhoea, said her mother, Kim Carter. “Day care was calling me a couple times a week to come get her because she was always getting fevers.”

After the gene therapy, “she was better right away,” Ms Carter said. Now, “she rarely, rarely gets sick at all” and has been able to recover whenever she has. That hope extends to Josselyn’s newest infection – she was recently diagnosed with Covid-19 and so far has only very mild symptoms.

In all, 27 children were treated at the Los Angeles hospital, three at the US National Institutes of Health near Washington and 20 at Great Ormond Street Hospital in London. The fact the treatment seems safe across multiple hospitals performing it makes the study “very powerful,” said Dr Stephen Gottschalk of St Jude Children’s Research Hospital in Memphis, Tennessee.

He had no role in the new study but he and his colleagues have performed a similar gene therapy on 17 other children with SCID.

“People ask us, is it a cure? Who knows long term, but at least up to three years, these children are doing well,” Dr Gottschalk said. “The immune function seems stable over time, so I think it looks very, very encouraging.”

Results of the UCLA-led study were published Tuesday by the New England Journal of Medicine and presented at an online American Society of Gene and Cell Therapy conference. Grants from US and British government health agencies and the tax-supported California Institute for Regenerative Medicine paid for the work. Dr Kohn is an inventor of the treatment and an adviser to the company now developing it, London-based Orchard Therapeutics.