Vaccines stop COVID-19 infection, but here’s why you still need to wear a mask 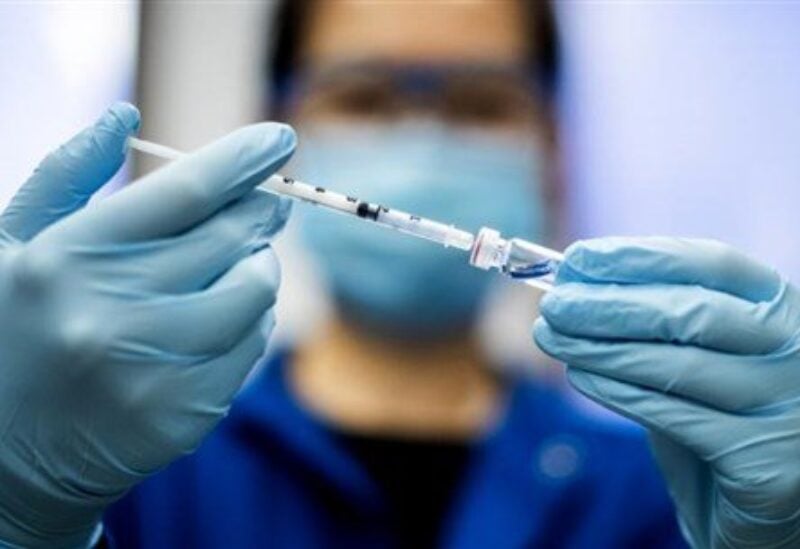 In a report published today in the MMWR, scientists at the U.S. Centers for Disease Control (CDC) report more good news from real-world studies of people who have been vaccinated against COVID-19.

In the study involving 3,950 health care workers, first responders and other essential workers who were vaccinated between December 2020 and March 2021, the researchers found that the two-dose vaccines are 90% effective in protecting people from getting infected with SARS-CoV-2, the virus behind COVID-19. A single dose of the shot provided 80% protection from infection.

The people in the study were vaccinated with one of the first two authorized shots, from Pfizer-BioNTech and Moderna, which both require two doses and rely on mRNA technology. In the studies that both companies provided to the U.S. Food and Drug Administration to earn emergency use authorization, the shots were 94% to 95% efficacious in protecting people from getting sick with COVID-19. What the studies didn’t show was whether vaccinated people were also protected from getting infected with the virus in the first place. These new, real-world findings show that the vaccines also protect against infection itself, a critical extra layer of protection, since anyone who is infected can spread the disease to others, even if they don’t experience any symptoms themselves.

In the MMWR study, CDC scientists found that two weeks after getting both doses, people in the trial were nearly fully protected against getting infected with the virus, compared to people who weren’t vaccinated. The study was able to tease this apart by asking each of the participants to take weekly COVID-19 tests by swabbing their noses. Most of the positive tests occurred in people who had no symptoms at the time they were tested, and did not even know they were infected.

The fact that the mRNA vaccines are 90% effective in protecting people from infection is an important benefit of the shots. But, say experts, the encouraging news doesn’t mean that vaccinated people can shed their masks. And that’s because of new variants of the virus that have emerged that the vaccines were not designed to target. The study didn’t show whether vaccinated people are also protected from infection with one of the variants now circulating around the world.

That means that people vaccinated with either the Pfizer-BioNTech or Moderna shots can still get infected, and sick, if they are infected with one of these variants, albeit not as severely sick as they might have if they hadn’t gotten the shots. In addition, they could also still pass along the variant virus to others. “People may interpret these results as meaning, ‘Great, now that I’m vaccinated I don’t need to wear a mask because I’m not at risk of infection,’” says Dr. Paul Offit, director of the vaccine education center at the Children’s Hospital of Philadelphia and member of the FDA advisory committee that reviews vaccines. “The problem with that are the variants. You can still get sick if you are exposed to a variant, and you can still shed and spread the virus.”

Plus, while vaccinated people are much less likely to get infected, and therefore much less likely to spread the virus, it’s still not entirely clear that they are not contagious, if they do happen to get infected. “Until there is a lot less transmission in the community, I will continue wearing a mask,” says Dr. Carlos Del Rio professor of medicine at Emory University, who has been vaccinated. “The protection against infection wasn’t perfect-80% to 90%. Can I increase that to closer to 100% by wearing a mask? Yes.”

To document whether vaccinated people are less contagious, the National Institute of Allergy and Infectious Diseases launched a study in March to follow 12,000 college students from 21 universities, and their close contacts. Half of the students will be vaccinated immediately, with the other half vaccinated four months later. All participants will provide detailed information about their close contacts, including roommates, classmates and teammates, and swab their noses daily to test for the presence of SARS-CoV-2. Researchers will follow up anyone with a positive test by testing the close contacts of these individuals to see if they too became infected. By comparing infection rates among the contacts of those who were vaccinated and those who weren’t, scientists can get a better idea of whether vaccinated people can spread the virus.

In the meantime, “I hope people don’t interpret this study wrongly,” says Offit. He’s concerned that since a single dose of the mRNA vaccines was 80% effective in protecting against infection, people might skip the recommended second dose. That would be a bad idea, he says, because “It is clear, crystal clear, that you need the second dose to produce adequate T-cell immunity,” which is the more durable and complete immunity that will help people to mount strong immune responses to not just the original virus but to different variants as well. “T-cell immunity provides cross protection against variants; if you don’t have T-cells you are much less likely to be protected against the variants. I worry these results may push some people to get just one dose.”

Instead, the findings should make more people comfortable about the effectiveness of the vaccines, and even help to loosen current CDC social-distancing restrictions. “Hopefully this study will be perceived as even stronger evidence that you can’t get infected if you’ve been vaccinated, and at the end of the day, people want to hear that,” says Del Rio.