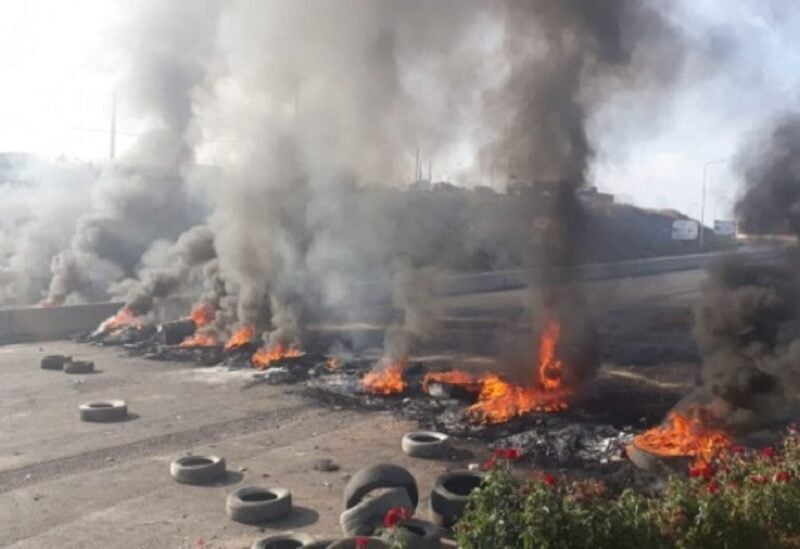 Several roads were closed and reopened in several Lebanese regions.

Here are the currently closed roads:

Saifi Road in both directions

Ring Bridge in both directions

Ghobeiry road towards the Kuwait Embassy

Al-Naameh Road (It opened a while ago, then closed again)

Sidon at the eastern highway

Sidon/Tyr Highway  in the Adloun area

Protesters blocked the eastern highway in Sidon with burning tires

Furthermore, information reported that tires were burned on Zalka Highway and the number of demonstrators increased. Traffic was diverted to internal roads in Zalka after cutting the eastern route of the highway.