A year and 3 months on Beirut port explosion, an injured died. 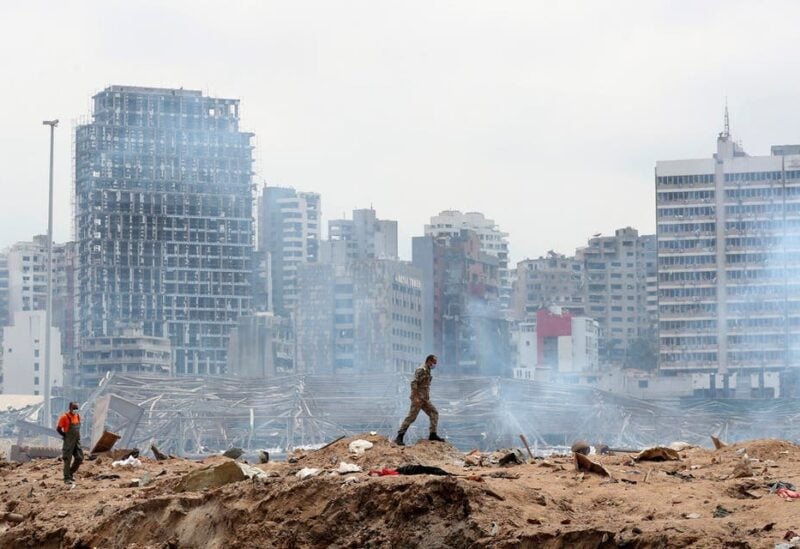 A soldier walks at the devastated site of the explosion in the port of Beirut on August 6, 2020 two days after a massive explosion devastated the Lebanese capital in a disaster that has sparked grief and fury. (File photo: AFP)

Abbas Ahmed Mazloum, 38, one of the wounded in the explosion of Beirut Port on August 4, 2020, died today.
Mazloum had been hit by shrapnel in one of the vertebrae in his back, which led to his complete paralysis, and he was bedridden throughout the injury, until he died this morning after suffering for a year and three months with injury and torment.