Abdel Samad to MUC students: Media is a major partner in crisis management 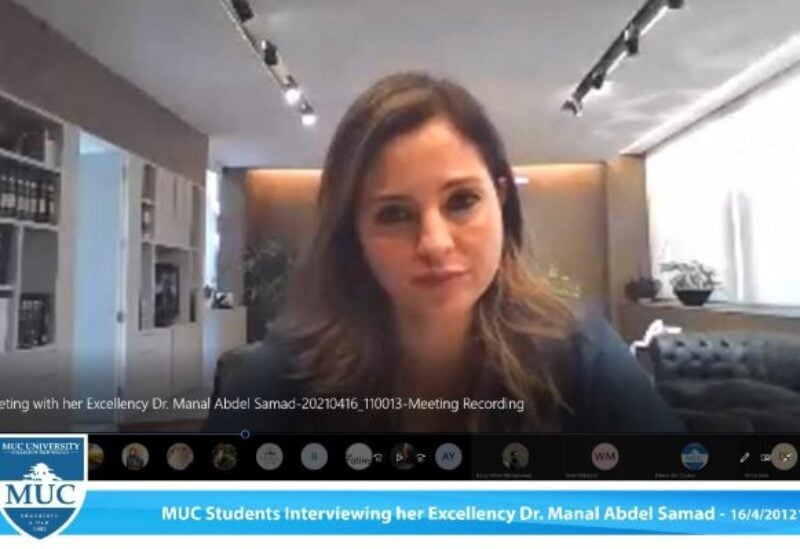 Caretaker Minister of Information, Dr. Manal Abdel Samad Najd, on Friday considered in a dialogue with MUC University students that the media has become a fundamental partner in crisis management.

“The media that covers an event often becomes the event itself, let alone the enormous pressure it is usually subjected to. The most surprising thing of all is that according to several studies, a media person is exposed to more pressure in normal places than on a battlefield,” the Minister explained.

She went on to indicate that the media could build or destroy, as it could reflect the same image in a useful way or in a harmful and useless way.

“Public opinion is the most important court to judge whether a journalist is a professional or not,” she added.

Abdel Samad then called on students to build for themselves a classy professional image because they are “the face of the country and contribute to crafting its image.”

“The current media law regulates this sector, but unfortunately it is old and needs change and development; the last media law dates back to 1994. We’ve worked at the Ministry of Information on proposing a law that simulates change, technology, principles, and new concepts,” she added, highlighting the importance of establishing a framework for the media that takes into account freedom of opinion and expression and remains the basis for self-censorship.

“We have been keen on working with international organizations whilst launching awareness campaigns on the Coronavirus and the vaccination process. We’ve organized training courses for media professionals, which opened up opportunities for them to get to know colleagues and prominent local and international professors with vast experience in the field of media,” Abdel Samad added.

She finally stressed that the doors of the directorates of the Ministry of Information — the National News Agency, Radio Lebanon, the Directorate of Lebanese Studies and Publications, and Tele Liban — were wide open to media students who had any project or idea they wished to present.