Abiad from City Mall: Marathon succeeded by all standards 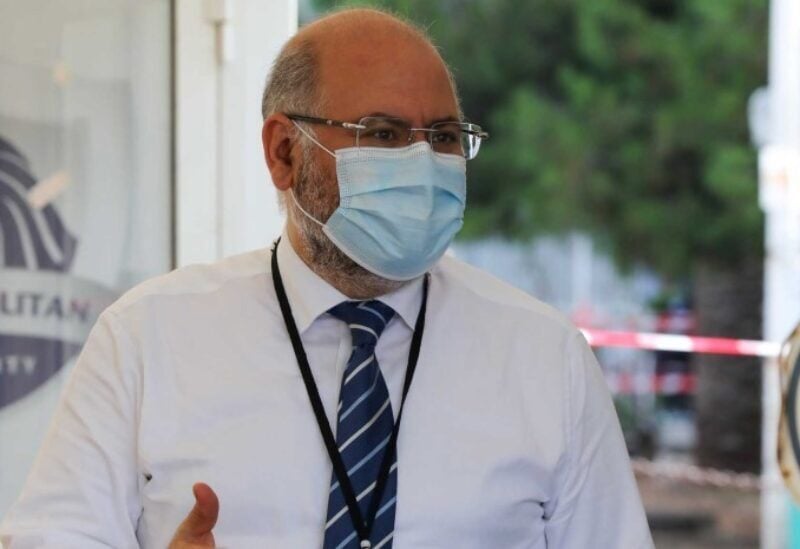 After touring its various sections, Abiad gave a brief word in which he announced the success of the vaccination campaign by all standards, commending the great efforts exerted in all vaccination centers, whether in government or private hospitals or approved centers, such as the Red Cross Center in the City Mall, which is the largest vaccination center in Lebanon.

Abiad saluted the Lebanese Red Cross, which has accompanied the Ministry’s campaigns and efforts ever since the beginning of the Corona pandemic, adding that “this is what makes us hope to reach herd immunity and protect our society.”

“The marathon that took place at the end of this week succeeded by all standards, as the number of citizens who went to the centers increased significantly, and we hope that it will remain high during the week and the upcoming campaigns,” he said.

Abiad noted in response to a question that “in the past, the turnout reached 17,000 or 18,000, while yesterday we reached 35,000, and today we have so far reached 24,000…The numbers will increase, and the main goal remains to reach immune protection of the community at large.”

The Health Minister explained that the “Omicron” variant is spreading throughout the country; however, he stated that “all studies confirm that the vaccine provides a high protection rate, and this requires speed in taking the vaccine, because the situation in hospitals is difficult.

“The high percentage of those in intensive care are unvaccinated, whether in Lebanon or in all countries of the world,” revealed Abiad.

Asked about the possibility of a complete closure in the country, he said: “With the increasing demand for the vaccine, we hope that we will not reach that stage, since the country cannot bear this, neither at the psychological, social, economic or educational levels, but the final decision remains up to the epidemiological situation, which I hope will not develop.”