Abou Faour: Citizen is tired of arguments over powers, wants a government that secures his daily sustenance 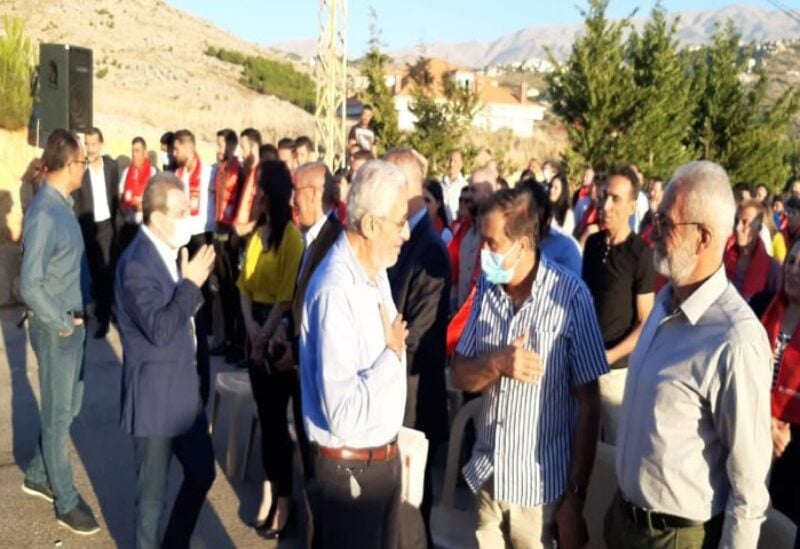 “The citizen is fed up and we are fed up of all this current struggle over powers, all this controversy over norms, all this debate about the unity of standards, and all these numerical and arithmetic equations that are being discussed in governments…The citizen wants a government and wants to eat and drink and wants medicine and petrol,” stressed Democratic Gathering Member, MP Wael Abou Faour, on Sunday.

“In politics, we are not part of the political conflicts that are taking place today over the government formation…not because we have no convictions, but because we believe that forming a government is a priority. On the issue of powers and the Taif, we are not neutral, for we are the makers of the Taif. Others are talking about it from a theoretical position, while we have paid martyrs and sacrifices for the sake of its approval,” Abou Faour said.

“If some do not see that we are at the gates of a social explosion and civil unrest among the Lebanese, then they ought to listen to the news, for every moment there is a problem in one place, a dead person in another place, a wounded person, or a dispute here and there, at the gas station and in the pharmacy and the hospital as well,” Abou Faour added regretfully.

“When we enter into a civil clash and state institutions collapse, then we will start again with all this discussion, so we hope that Walid Jumblatt’s call for settlement will be heard because whatever the cost, it would still be less of a burden on the Lebanese than this current stubbornness, hopelessness, oppression and humiliation experienced by the citizen,” he asserted.

Abou Faour’s words came during his participation in the Progressive Socialist Party’s swearing-in ceremony for its new members and supporters, held in the courtyard of the Kamal Jumblatt Social and Cultural Center in the area of Rashaya in the South.