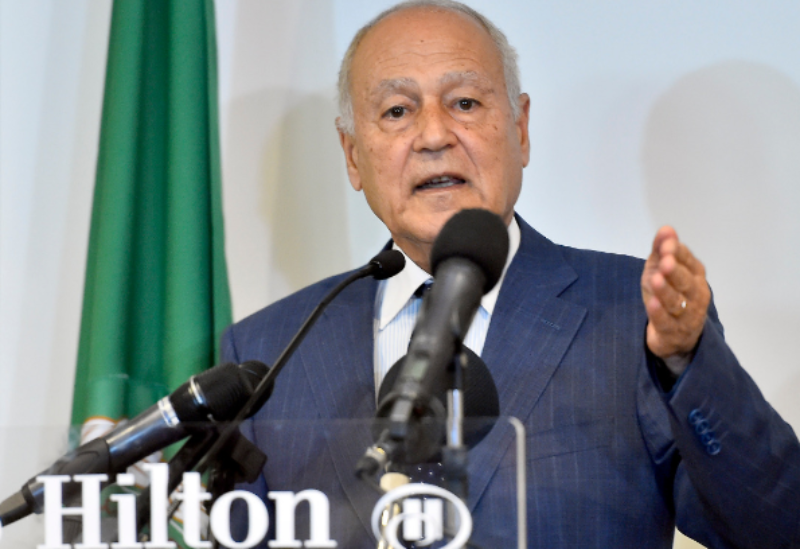 Caretaker Minister of Foreign Affairs and Expatriates, Abdallah Bou Habib, and Arab League Secretary-General, Ahmed Aboul Gheit, held a joint press conference this evening, in which they outlined the discussions that took place during the consultative meeting of the Arab foreign ministers held at Al Habtoor Hotel in Sin El Fil this morning.

Bou Habib began by expressing gratitude for “this wide Arab participation in the meeting, which was successful by all standards, thanks to the cooperation between us and His Excellency the Secretary-General of the Arab League, my brother Ahmed Aboul Gheit and his team.”

He added: “I felt from all the ministers and heads of delegations all devotion and solidarity with Lebanon in its crisis, for everyone is eager for its recovery as soon as possible…and all deemed that participating in this meeting, in itself, is a message of support and standing by Lebanon.”

Bou Habib went on: “This meeting is hosted by Lebanon in its capacity as the current head of the Arab Ministerial Council, and is dedicated to consulting on developments and challenges facing the region and the world.

He added: “I can say that the discussions that took place were to a large extent transparent, and there was an exchange of views in a responsible and serious manner, resulting in more rapprochements on several matters and practical approaches to the issues raised.”

“The continued support of the Lebanese state and its institutions was tackled, a support that has accompanied Lebanon from the Taif Accord, through the Doha Agreement, far-reaching the current Arab rally around Lebanon,” Bou Habib asserted.

He added, “Of course, it was an occasion for us to present the difficult conditions endured by Lebanon and the Lebanese and the official efforts to alleviate the citizens’ sufferings despite the burden of the crisis. We also underlined the need for adopting a new approach to the issue of the displaced Syrians that does not lead to financing their stay in host countries.”

Bou Habib continued: “The various crises witnessed by many Arab countries were discussed, in addition to the Palestinian cause, and the intransigence of the occupation and its dissipation of the foundations of a just and comprehensive solution based on the two states.”

“The convening of the Arab summit in Algeria was also discussed,” he said.

“There was a special pause on the issue of food security, the crisis in Somalia, and the drought that struck the country over successive years and its impact on agriculture, livestock and life in general, and the call was adopted to provide the necessary support to help alleviate the suffering,” Bou Habib explained.

“Finally, the views of the majority converged on the importance of the joint Arab decision to reject the politicization of international organizations in wake of the war in Ukraine,” the Lebanese Foreign Minister stated.