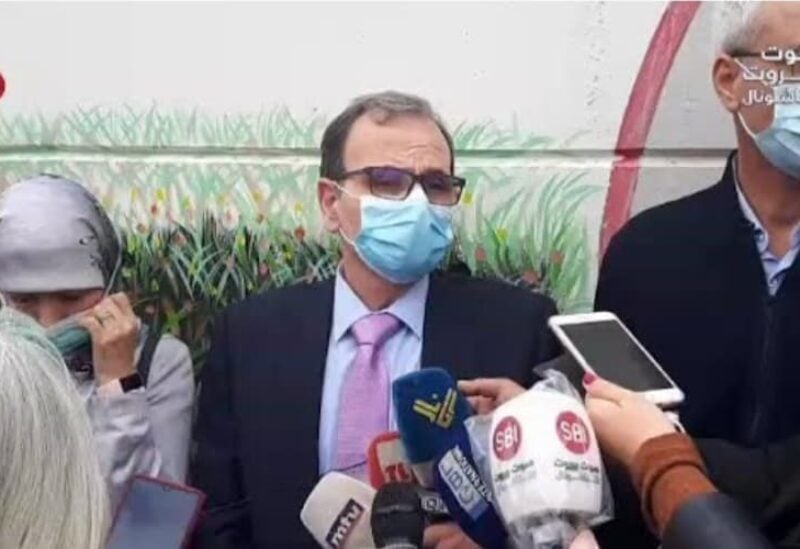 Dr Abdulrahman Bizri, chairman of the national committee for COVID-19 vaccination, said on Tuesday he will be holding a press conference at 2 PM whereby a stance will be taken after a number of MPs were inoculated without the committee’s approval.

Bizri is set to announce his resignation from the committee due to the chaos in distributing vaccines, sources told Sawt Beirut International earlier.

This comes as the secretary-general of the Parliament, Adnan Daher, said “the number of MPs who received vaccination is 16,” noting that it was “in the presence of a team from the Ministry of Health and the Lebanese Red Cross.”

“All names of the deputies who got inoculated are registered with the official platform as per the [required] age category, and their turn has come,” Daher said, adding “and so we did considering that MPs are lawmakers who always hold meetings, and because we fear they might transmit the virus to the society in case they got infected.”

This comes as the head of the Beirut Doctors Syndicate, Professor Sharaf Abu Sharaf, criticized the vaccination process in Lebanon, saying the implementation of measures on the ground was marred by flaws in terms of performance and organization which “was slow, chaotic and far from transparent.”

“The COVID-19 Vaccination Committee at the Ministry of Health exerted tremendous efforts to study and prepare mechanisms for vaccinating citizens but action on the ground was carried out differently,” he said in a statement.

As Lebanon grapples with this deadly disease, Abu Sharaf slammed the violations that took place in several vaccination centers, “which we have watched on TV and media outlets” after many categories of people with no priority in vaccination and not registered with the platform got inoculated.

“We spent our time responding to phone calls from colleagues, doctors, dentists, pharmacists, nurses, and citizens over the age of 75, who were unable to receive a vaccine shot, not even a location or time for being vaccinated. They called us demanding a sort of mediation to make sure their turn will come. This is unacceptable.”

“Officials at the ministry are undoubtedly under big pressure but things cannot continue this way,” Abu Sharaf added.

“We have vaccination centers and mobile clinics and the major violation is heading to a place where we are not present; there are priorities in age and health, but there are no political priorities, and the evidence is that the three presidents did not abide by this priority. What happened today must be examined; the plan that we are proud of and that we consider the most important plan made in Lebanon, aimed at protecting citizens and society, and showing them that Lebanon, even in the worst circumstances, is capable of doing something important”, said Bizri, during his press conference.

“I was facing a critical situation and the logical reaction was to resign, but there is a committee that I should have contacted, and many members of the committee wanted to resign with me; this issue should not be tolerated, instead we should confront it and issue a statement that explains everything and promises not to allow it to happen again. The World Bank is monitoring and recording the violation today and is in the process of taking action as a result; the organization asked the head of the committee not to resign and what happened did not follow consultation with the committee; the committee will meet tomorrow at 6:00 pm and I will explain the details of what happened, and the committee will collectively act and make its decision”, Bizri concluded.