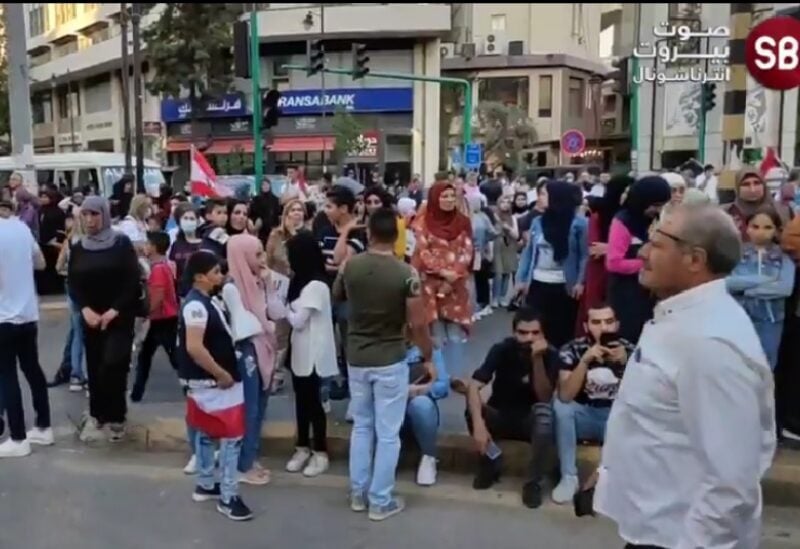 Activists staged on Saturday a sit-in at Achrafieh’s Sassine Square, which coincided with a stand by some expatriates residing outside Lebanon, the National News Agency reported, amid calls  for “preserving our Lebanese national identity and not to remain hostages of the mafia and militia alliance.”

After playing the national anthem, participants chanted slogans and brandished banners calling for “accountability for all officials, independence of the judiciary, accountability for those involved in the Beirut Port explosion and punishment of all the corrupt and thieves who have brought the country to this situation.”

Protesters also urged citizens to “take to the street to voice their anger towards their daily hardships, particularly since more than half of the Lebanese people are now below the extreme poverty line.”

The crisis was further compounded on August 4, 2020 when a large explosion, caused by improperly stored ammonium nitrate, occurred at the Port of Beirut, killing at least 200 people, injuring more than 6,000 and rendering 300,000 others homeless.