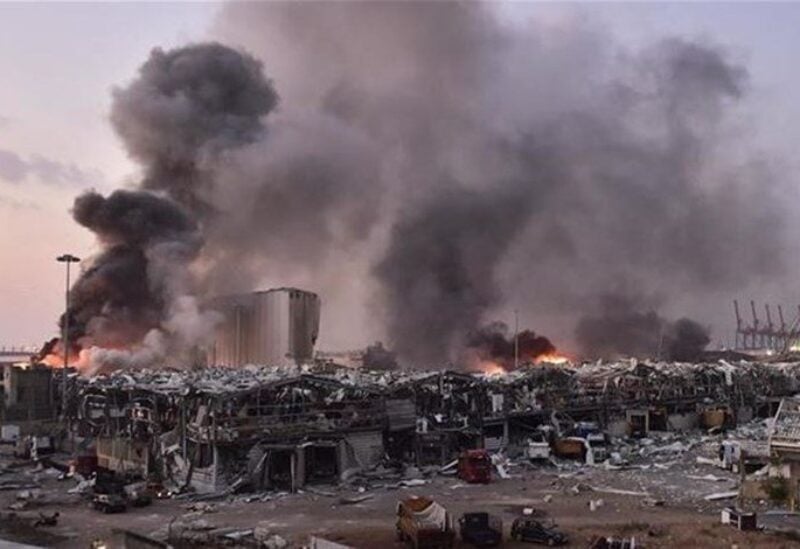 The International Lions Clubs Association, District 351, confirmed in a statement that “when it was preparing for its fifty-second conference, it decided to replace the annual opening ceremony with a solidarity meeting at the port of Beirut, because it wanted to greet and appreciate the spirit of the port’s martyrs and send a clear message that Beirut does not die.”

The statement added: “We are interested in clarifying the following:
First: This meeting was not a musical concert as promoted on social media, but rather a meeting in honor of the port’s martyrs, firefighters and civil defense, and to commemorate Beirut’s steadfastness after the earthquake that occurred on August 4, 2020.
Second: From this meeting at the port of Beirut, we wanted to carry on with  the “going back home ” campaign that we carried out since the first day of the explosion, out of our belief in our duty to help our people in Beirut and the suburbs, and to support all those affected. During this campaign, we were able to restore more than 1,200 homes, five hundred institutions and many schools, shelters and hospitals.

It continued: “And after the confusion that occurred about this meeting, even if it was unfair on our behalf, as our intentions were sincere, and out of respect for the feelings of the families of the martyrs, the living martyrs and all those affected, understanding their demands, supporting their right to know the truth and the disclosure of all the perpetrators and participants in this crime, which we strongly condemn, The International Lions Clubs Association, District 351, decided to cancel this meeting.

It concluded: “We offer our deepest apologies, and our understanding to everyone who felt that holding this meeting affects his feelings, and we wanted with this statement to highlight the truth of the intention to choose this place for this meeting. Clarification was required. ”

Earlier, the Committee of Beirut Port Martyr’s families announced in a statement that it had received “with more sorrow the news of the President of the Republic, Michel Aoun’s sponsorship, of a party for the Lions Clubs Association, whose governor, Jean-Claude Saadeh, was not ashamed of dancing on the blood and body parts of our martyrs at the Beirut Port campus, which we strongly condemn and totally refuse its occurrence.”

The statement added: “Work has been stopped at night under our pressure and our threat to storm the port and destroy their equipment, which is still affective at any moment, in case they thought of proceeding with this disgraceful and humiliating act for the people of our victims and we will have a protest and threatening stand on Thursday morning at 9 o’clock at Gate No.3, and we might need to use force to end this satirical farce. ”

And they called on the President of the Republic and the ruling administration of the Lions Association to apologize to the families of the martyrs, in order to avoid aggravation of matters.

It is noteworthy that the Lebanese authorities allowed the Lions Club to hold its annual conference at the crime scene, and a theater was built in the area of ​​the harbor explosion under the patronage of the President of the Republic. the people announced that they would prevent the holding of the conference and the ceremony.