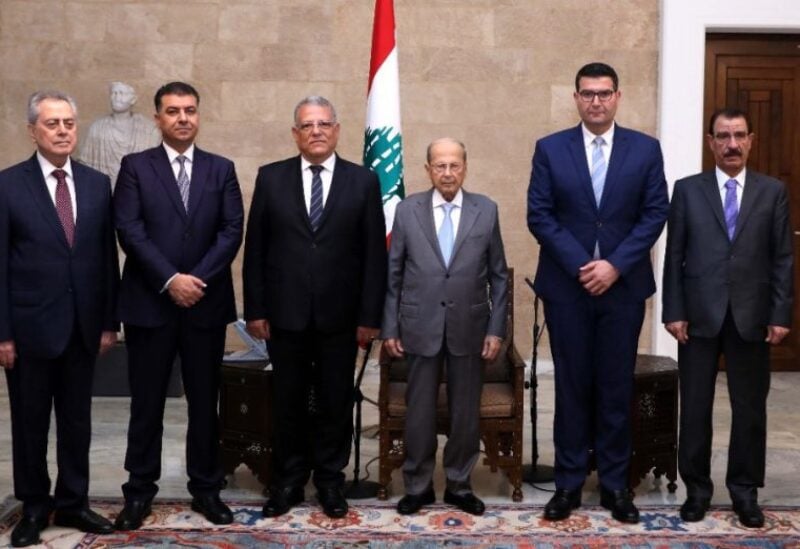 The “Quartet Meeting of the Ministers of Agriculture in Jordan, Syria, Iraq, and Lebanon, to strengthen the links of brotherhood among them,” came to a conclusion in the capital city of Beirut.

The Lebanese Ministry of Agriculture, under the direction of Prime Minister Najib Mikati, and in the presence of official delegations, organized the quartet meeting as part of kicking off cooperation in the agricultural sector.

The points raised on the meeting agenda were discussed and the following was agreed upon:

1. Enhancing trade exchange between the assembled countries through the exchange of documents on the possibility of establishing a private joint company working to market agricultural products among themselves according to the agricultural calendar that will be approved later, or establishing joint marketing associations between the agricultural associations and supporting them governmentally by granting them preferential considerations and advantages or  both together.

2. Developing unified models for phytosanitary and veterinary health certificates between countries based on international standards and on detailed regulations for the foundations and criteria for granting each of them.

3. Adopting the draft memorandums of understanding submitted by the Syrian side as a preliminary paper to be reviewed and comments made in accordance with the regulations followed in each country to be re-drafted to represent the vision of the participating countries and to be jointly signed.

5. Discussing issues related to transit and transporting goods between the assembled countries to the concerned authorities and approving what is appropriate and adopting it at the next meeting in the presence of the Ministers of Transportation in the participating countries in a way that ensures the reduction of marketing costs and an increase in the exchanged quantities of agricultural products between countries.

6. Full coordination in the exchange of information on diseases, epidemics, and agricultural disasters, and the adoption of joint mechanisms to combat and control them.

7. Discussing the possibility of unifying the procedures for registering fertilizers and veterinary medicines between the assembled country and adopting what is appropriate and compatible with the laws and regulations in each country.

8. Forming a joint technical committee among the assembled countries that would develop proposed formulas for the agreed points, provided that they would be approved by a technical meeting in the Republic of Iraq so that they could be presented, discussed, and appropriate ones approved at the next meeting.

10. Strengthening cooperation and coordination with Arab and international organizations and bodies and related agencies and funds and calling them to adopt and provide the necessary funding to implement regional projects among the assembled countries to confront the effects of climate change on the agricultural sector and enhance food security.

11. Agreeing to hold the next meeting during the month of next September, provided that international and Arab organizations working in the agricultural field and investors wishing to see investment opportunities in all countries are invited.