Al-Akhbar: America threatens to stop negotiations and questions about timing … a political division over the decree to “correct” maritime borders 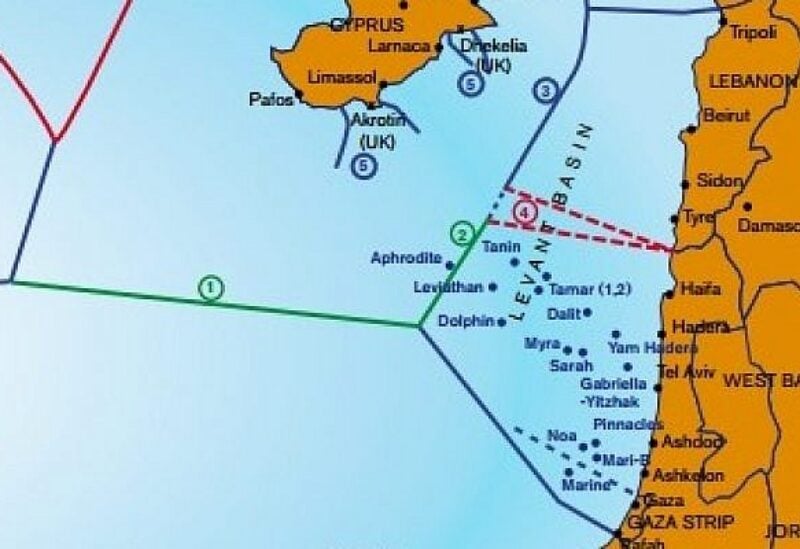 Under the headline “America threatens to halt negotiations and questions about timing: a political split over the decree to” correct “maritime borders, Al-Akhbar newspaper mentioned in an article by Maysam Rizk that before next June, Lebanon must resolve its southern maritime borders. The army proposes to amend the decree that delineates the boundaries of the exclusive economic marine zone, in order to grant Lebanon additional space for the “disputed” ones, believed to be rich in gas and oil. There are objections to the proposal, which is now in the custody of the Ministry of Defense. What is its fate? Will the division around it exceed, before the enemy begins, after three months, exploration for gas in an area that the Lebanese army asserts that it has studies and arguments that prove it belongs to Lebanon?

Foreign Affairs, the Legislation and Consultation Commission at the Ministry of Justice issued an opinion stating that “The Council of Ministers should meet with a caretaker authority in accordance with Article 64 of the Constitution, to decide whether or not the state of necessity is available in the current issue. ”

The newspaper pointed out that the Army Command prepared a book and sent it to the Ministry of Defense, in which it stated the reasons for the necessity of the amendment, and listed these reasons at the outset with “the availability of more accurate legal and technical data in recent years through the hydrographic survey of the baseline in the Naqoura area that the Lebanese army carried out in June 2018, through the issuance of international jurisprudence, particularly by the International Court of Justice for the Law of the Sea, and these data showed that the southern Lebanese maritime boundary line extending from the 18th point to the 23rd point (it is the line that Lebanon had previously adopted for its southern maritime borders). It does not have any technical basis and does not conform to the provisions of general international law. ” Secondly, “the boundary line that is legally and technically sound is the line that starts from the point of Ras al-Naqoura and adopts the midline method without taking into account any effect of the rocks adjacent to the shore of occupied Palestine, especially the rock of Tikilt.”

The Army Command attached this book, of which Al-Akhbar obtained a copy, with a proposal for an amendment consisting of 4 articles: “First, the southern and southwestern borders of the Lebanese maritime regions are amended according to the lists of coordinates of the geographical points shown on the link and shown in red on the international marine map issued by British Admiralty No. 183. Second, the southern and southwestern borders of the Lebanese maritime areas can be reviewed and their regulations modified according to need Third, the Foreign Minister is tasked with taking the necessary measures to inform all concerned parties, especially the relevant departments in the United Nations, and fourthly, it is necessary to amend the text of the decree dividing the waters, which is subject to the jurisdiction of the Lebanese state, to areas in the form of patches, in proportion to the coordinates modified in the decree.

The second factor in this file, the newspaper continued, is the warning  that the Lebanese Foreign Minister Charbel Wehbe addressed to the Greek ambassador in Beirut, Catherine Vontoulaki, during their meeting at the end of last month, about the Greek company “Energen” to start working in the “Karish” field. Which became within the disputed area with “Israel”, and that after Lebanon proposed a new line for negotiations (the line of the 29th point)

While the information says, the newspaper added that “the Greek company that the enemy had previously granted the concession to explore in the Karish field, and to escape from the security risks in this border region, has returned and bound business to a French company, and that this development will be the subject of discussion with Greece and perhaps France in the coming days.

Faced with these developments, the question has become urgent about the next step that the government will take to put an end to the Israeli encroachment or start a company that is obligated, whatever it is, to start its business. Will the decree be amended, or will Lebanon return and commit to the framework agreement on the basis of which negotiations were launched last October? Or does the conflict between the internal parties destroy the negotiations?

The legal department in the army prepared the decree proposal, and it has been in the Ministry of Defense for about two weeks. In the event that there is an agreement to approve the decree, it needs to be signed by the ministers of works and then defense before it is signed by Presidents Aoun and Diab.

To that, the Minister of labor in the caretaker government, Michel Najjar, told the newspaper that “the amendment decision needs a cabinet meeting.” According to informed sources, Presidents Aoun and Diab tend to agree to amend the decree. As for the Minister of Defense, she referred the file to her legal team for study, without declaring a decisive position ….