Al-Gemayel to Al-Ahram: The French initiative has involved itself in the systemic game 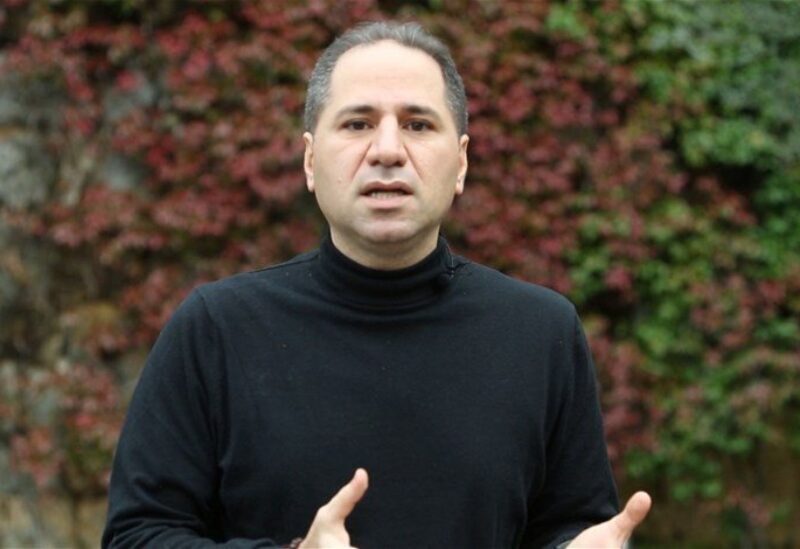 The head of the Lebanese Kataeb Party, MP Sami Gemayel, saw that the French initiative hindered itself, especially since it excluded, from the first moments, early parliamentary elections after Hezbollah’s pressure, considering that as soon as it deviated from the real foundations required for a solution, the French initiative placed itself in the game of the system that controls power And it turned into a kind of cover for their well-known performance based on quotas, volumes and location sharing.

In an interview with Al-Ahram, he explained that the French initiative was launched as a comprehensive political, economic and rescue initiative, but by virtue of its emptying of its content it turned into an initiative that addresses some technical details in isolation from the essence of the solution.

In response to a question about whether he considers the Free Patriotic Movement responsible for what the economic conditions have turned into, he said: The movement was and is still part of the power. It took over sensitive ministries that smell of waste, corruption and deals, and it has been in the presidency for four years. All of these facts and others make it a primary liable among those responsible for what matters have reached by solidarity and solidarity with the rest of the parties to the presidential settlement.

He pointed out that “Lebanon is in a dangerous downward trend, and any disregard for the Lebanese demands for a truly independent government is a waste of time.” As for the obstacles to the reciprocal system, they are artificial, and would fuel sectarian divisions in the country in order to maintain its influence a year before the parliamentary elections.

Gemayel considered that the delay in forming the government was due to “internal authoritarian disagreements on the one hand, and an attempt by Hezbollah to use the Lebanese government card in the context of the Iranian confrontation with the Arabs and the West.”

In response to a question about whether he believed there was a need to reformulate a new agreement, he said: The Phalange Party has its comprehensive view of political reform. It holds a clear project in this area, because it considers that what is in place has not succeeded in building a state that emulates the aspirations of the Lebanese people. It considers that it is necessary for the Lebanese to agree on the foundations required for good governance, a natural constitutional and democratic cycle, transparent administration, and effective and civilized judicial, economic and financial institutions, but all of these things cannot be achieved in the absence of the basics, and axioms of freedom, sovereignty and independence.

He emphasized that “our problem today is that there is an alliance between illegal weapons and the ruling system known to everyone on the basis of covering foreign projects and confiscating sovereign decisions by weapons in exchange for a complex and deep network of state and people’s plunder,” stressing that “the entrance to any political reform and structural change in power It is to secure the democratic atmosphere and the freedoms required for the Lebanese people to be able to elect a legislative authority that truly represents them and works for their future, From this authority emanates the executive power represented by the government and the president of the republic who will undertake the work on political reform, which must be based on the basis of free understanding between the Lebanese through natural and correct constitutional mechanisms, not through matters imposed by illegal weapons as a de facto situation, and constitutional institutions are imprinted on them within the framework of a new deal, such as those that occurred in the 2016 presidential elections or in the recent election law, the 2018 parliamentary elections, and previous and subsequent government installations

Regarding the alliance between the Free Patriotic Movement and Hezbollah, he said: There is a dispute between Hezbollah and the Free Patriotic Movement, but it has nothing to do with the essence of the famous Mar Mikhael Agreement signed in 2006 and which is based on covering the party’s weapons by the movement from its party position or from its official position in power. But the current dispute is a game of pulling ropes and biting fingers related to Gebran Bassil’s attempt to extract a commitment from Hezbollah to adopt his candidacy for the presidency to succeed his uncle General Michel Aoun, and as it is known, the issue of the presidency with regard to Hezbollah is linked to regional and international considerations and calculations related to the party and not to satisfy the ambitions of MP Gibran Basil, I do not think that the Free Patriotic Movement is about to end its alliance with Hezbollah, regardless of the differences, and I also do not see that Hezbollah, too, will do so, even their discussion of differences and disagreements falls within the framework of improving positions, and not within the framework of the strategic disagreement regarding sovereignty, freedom and independence. Unfortunately, the political system, is continuing its policy of ceding sovereignty to Hezbollah in exchange for authoritarian positions.

Regarding the recent events in Tripoli, he stressed that “in Tripoli and Lebanon there is real hunger, and people suffer poverty and the absence of state care, they are tormented and dying from their inability to find a solution, and the system continues its policy of denial and non-recognition of reality and tries to mislead local and international public opinion by portraying things as the result of foreign conspiracies . He added: We do not deny the possibility of interventions to exploit the anger of the people, but the basis is the state policy that neglects the Lebanese and focuses on securing the interests of the political, factional, partisan, personal and authoritarian system.