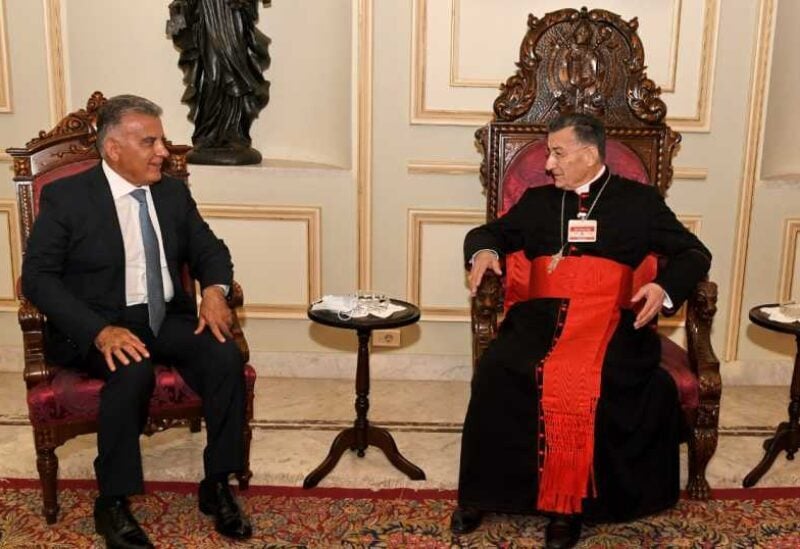 Former President Amin Gemayel met with Patriarch Bechara Al-Rai in the patriarchal edifice in Bkerke.  And after the meeting, Gemayel assured that the words of the Armed Forces Commander General Joseph Aoun complement and intersect with the words of the Maronite Patriarch, Cardinal Mar Bechara Boutros Al-Rahi, which is a cry of conscience, and we are by his side in protecting national unity.”

We know the role that he plays to preserve the entity, and I feel the extent of his fear for the army, which is part of the people,” Gemayel said. And I hope that the officials will learn from the righteous and dangerous words from the chief commander

He added, “If the army is absent, then chaos will prevail,  and we are aware of its results.” He pointed out that the international conference that the Patriarch is calling for does not mean a new tutelage over Lebanon 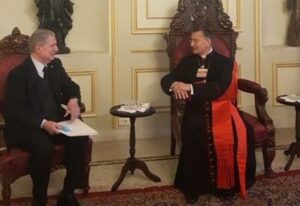 Earlier, Al-Ra’i also met the Director General of Public Security, Major General Abbas Ibrahim, who left after the meeting without making any statement.

“The atmosphere of the meeting between Patriarch Al-Rahi and Major General Ibrahim is positive, and hope exists to form the government shortly , and pressure must be focused in all directions now for this matter ,” Bkerke’s media official, Walid Ghayad, said.