Al Raii to the Arab world: Lebanese “people” are not your opponents but your friends. 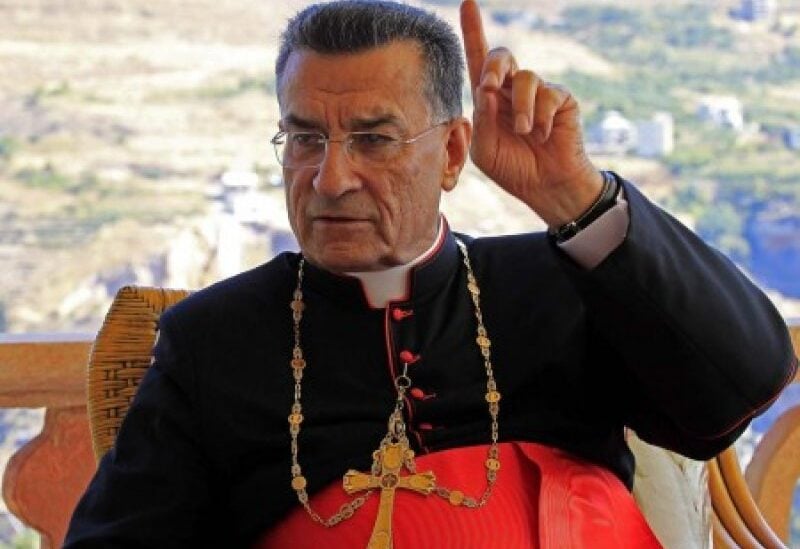 The Maronite Patriarch, Cardinal Mar Beshara Boutros Al-Rai, presided over the Sunday Mass in Bkerke, and delivered a sermon in which he said:

“I would like to greet and thank all those who care for these brothers and sisters, and who are generous with their money, possessions and time in order to serve them. And provide aid, and do not forget the countries that still send aid to our people and institutions in the spirit of human solidarity.

Nevertheless, as the number of poor people in Lebanon increases, those deprived of a livelihood, and have exceeded a million, in addition to the hundreds of thousands who are below the poverty line, and the people threatened with starvation, I renew the call for human solidarity by friendly Arab and Western countries, in order to financially and humanely help the Lebanese people. Who are the victims of the ruling political class. The Lebanese people are not your opponent, but your friend. Lebanon has offered a lot to the Arabs and the world, so it is not permissible for you to  boycott them , cut them off, and link the people’s assistance – and I say the people specifically – with the fate of the government, the presidency, illegal weapons, or any other issue. Separate politics from humanity. The political retreat does not justify the reluctance to directly provide the people with much-needed aid. What do the friends of Lebanon benefit, all the friends of Lebanon, and what do the Arabs, all the Arabs, especially the Arabs of moderation and openness, and the Arabs of the dialogue of religions and civilizations gain from the fall of Lebanon?

How we wish that our political officials, who are entrusted with the fate of our homeland, our people, and our precious national heritage, seek from God the light of internal insight, to look into any state of misery that has connected our people with their corruption, their personal interests, their sharing of public money, and disrupting the work of the judiciary, oversight agencies, their politicization, and their external connections, and to What a breakdown and disintegration led the state to their poor performance!

In order for us to find a real solution, we encourage all the ongoing initiatives and endeavors on the line of forming the government, and we hope that tomorrow, Monday, the meeting between the President of the Republic and the President-designate will result in a positive result. Financial, monetary and livelihood, reforms are carried out, the liberal free and productive economy is strengthened, and the gaps in the powers of ministers are corrected, so they do not fail to implement the law, and do not refrain from implementing the decisions of the Council of Ministers and the State Council, in order to protect the interests of the state and citizens. We are waiting for a government of national principles, not political bargaining and compromises at the expense of effectiveness.

Forming a government for Lebanon only, and for the Lebanese only, does not take more than twenty-four hours. But if some want to carry out the upcoming government’s conflicts in the region, the game of nations, the race to the presidency, regime change, and control over power and the country, it will increase the rift between people and power, and it will lead to chaos, and chaos will not show mercy to anyone, starting with its perpetrators.

And because we adhere to national peace and the unity of Lebanon in particular, we propose neutrality with confidence and faith, and we will continue to work to achieve it with internal will and with Arab and international support embodied in the holding of an international conference for Lebanon. Most of the Lebanese want neutrality in its correct sense, because it is in the interest of everyone, and because it brings us together, while bias divides us. Neutrality is the only solution to prevent all forms of division, separation, and self-rule, and to achieve state sovereignty internally and externally. As for the International Conference on Lebanon, its aim is to heal Lebanon from its suffering resulting from a shortage and modification in the implementation of the National Accord Document, the Constitution, and the Charter of Coexistence, the basis of the legitimacy of the authority in Lebanon.