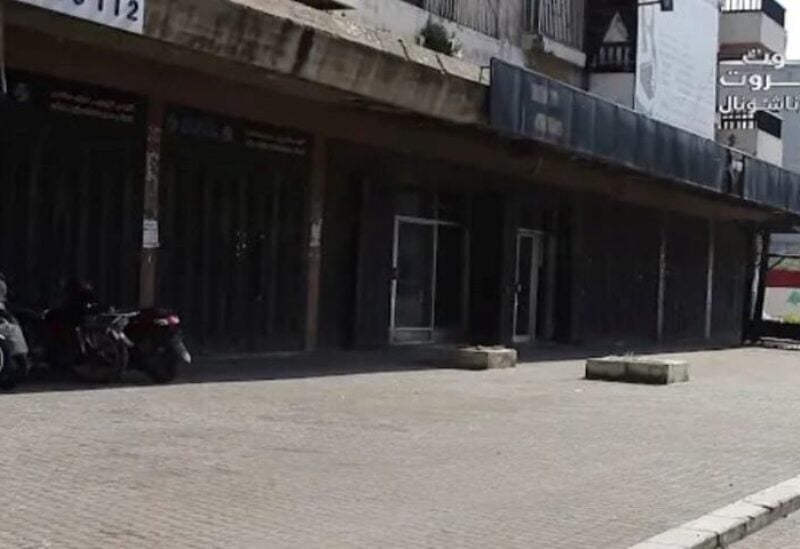 The Secretary-General of Economic bodies Nicolas Chammas announced that 60 percent the commercial institutions and retail shops have been closed in Lebanon since 2019.

Chammas stressed that if this situation continued to prevail, and if the government does not implement the required reforms, this percentage will exceed 70 percent until the end of the year.

He explained that “the gross domestic product (GDP) have dropped two thirds from $55 billion before the crisis to $18 billion last year.”

In a television interview, Chammas warned that “the National Social Security Fund is on the brink of an abyss,” saying: “The economic bodies are actively present on the NSSF’s board of directors. The figures were $7 billion before the collapse, but currently they do not exceed $500 million according to the market price, meaning that the employees’ lifetime earnings are $500 million.”

Chammas considered that “unemployment in Lebanon has surpassed 60 percent, and this is a real catastrophe, while disguised unemployment is close to 90 percent if we take into account salary, working hours and productivity.”

In a related context, Chammas criticized the proposal of the head of the General Labor Union Bechara Asmar regarding the increase in wages, and said: “He should not only take into account the rise in inflation, but he should look also at the number of business in the institutions that has shrank 80 percent.”

Chammas considered that “Lebanon, which has potential and capabilities that enables it of being like the UAE, is more like that of Gaza, a boycotted country and people living in misery.”

To re-improve Lebanon’s financial structure, Chammas launched three No’s: no quick solutions, no partial solutions, and no solutions apart from the outside.