Ambassador Collard from Tripoli: UK will continue to be friend to Lebanese people and most vulnerable 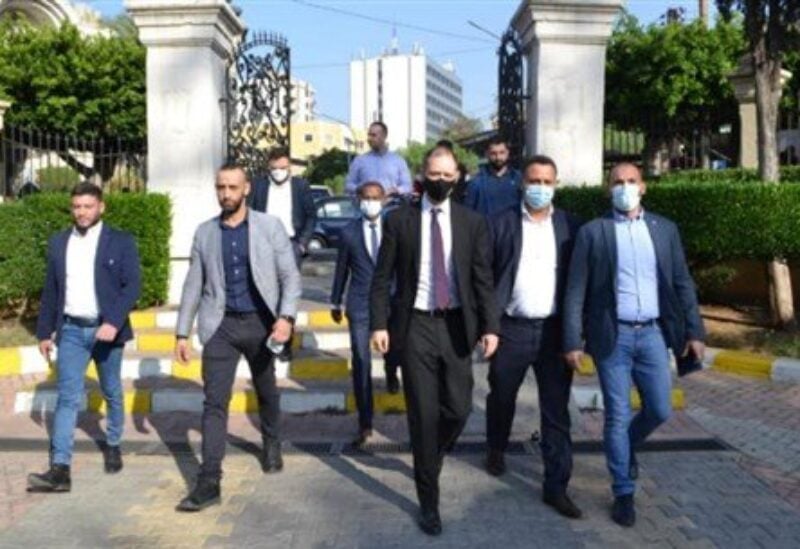 Dr. Ian Collard, British Ambassador to Lebanon, inspected UK-funded projects in Tripoli and neighboring areas and spoke with local officials, as well as the Embassy’s project partners and beneficiaries, during his two-day visit to Lebanon’s second largest city.

Ambassador Collard emphasized the UK’s continuous support to the people of Lebanon in the domains of education, security, and development, including to the most vulnerable, refugees, and Lebanon’s youth, in his words to Tripoli residents. He underlined his ongoing demand for Lebanon’s leaders to prioritize the country’s interests, to keep their reform commitments, and to turn intentions into actions.

Ambassador Collard heard from Mayor Dr. Riad Yamak about the challenges facing Tripoli’s youth, the impact of the economic crisis and local authorities’ responses. Together the Ambassador and Mayor chaired a roundtable with beneficiaries from the Lebanon Host Communities Support Programme (LHSP) – including owners of small and medium sized businesses – and heard from them about the impact of the economic crisis and how UK aid has helped during the recent challenging period by responding to some of their urgent needs. Since 2014 the UK’s investment in North and Akkar Governorates reached over $14 million, implemented through the LHSP in partnership with UNDP and the Ministry of Social Affairs.

Under the UK’s support to the No Lost Generation Initiative with UNICEF, Ambassador Collard visited Ajyal Arab Centre run by War Child Holland, which is a non-formal education Community Centre, in Minieh, and joined an early childhood education class with the most vulnerable boys and girls. He also heard from staff and teachers how the centre has succeeded in continuously holding education sessions over the past two years despite Lebanon’s many challenges. UK aid, under this programme, has also supported boys at risk of child labour and girls of early marriage and Gender Based Violence.

Following his meeting with the President of the Chamber of Commerce, Agriculture, and Industry of Tripoli and North Lebanon, Toufic Dabboussi, Ambassador Collard chaired a roundtable discussion with members of Civil Society Organisations (CSOs) who shared their stories about the impact of the economy, politics and security on Tripoli’s youth. The UK-led British Council project with CSOs is aimed at increasing resilience by strengthening engagement in local communities through youth-led social and collective actions at community and personal levels, contributing to stability and security.

Then, the Commander of the North Lebanon region, Colonel Youssef Darwich, briefed Ambassador Collard on the security situation and challenges in Northern Lebanon. The British delegation received a presentation on the progress in establishing the North Lebanon Command and Control Centre, through the UK CSSF-funded British Policing Support Programme. The centre will contribute to the expansion of the ISF’s role in the north for more effective and responsive operational planning, including community safety. UK support to ISF since 2011 has reached over $50 million.

Ambassador Collard also attended a service at the Commonwealth War Graves Commission cemetery in Tripoli and laid a wreath in honour of the 87 Commonwealth soldiers and airmen who lost their lives during the 1941 campaign in Syria and Lebanon. He also paid respects at the memorial to the 358 British sailors who lost their lives on board the Royal Navy ship HMS Victoria, which sank off the coast of Tripoli in 1893. The wreck is a protected war grave and the final resting place of 352 of the ship’s company, while the remains of six shipmates were recovered and laid to rest in the cemetery. There are also 12 Polish and Greek war graves within the cemetery.

At the end of his visit, Ambassador Collard said:

“I am pleased to be in Tripoli only four months after arriving in Lebanon. Although Tripoli is bearing much of the pressure of the Lebanese socio-economic crisis, it was heartening to see how UK aid is supporting the people of the city and its surrounding areas. One of the most rewarding elements of being a diplomat is the opportunity to talk to ordinary people about the realities of their lives. So today, I heard from business owners about the challenges they face in the struggle to keep their businesses alive; and I heard from the city’s youth about their concerns, aspirations and hopes for a better Lebanon, as well as their frustrations and difficulties. These are voices that deserve – and need – to be listened to.

The UK will continue to be a friend to the people of Lebanon, and particularly its most vulnerable, including refugees. We are proud of our support in Tripoli and Lebanon: from education, to humanitarian relief, to economic support and strengthening security. But these efforts cannot be a substitute for serious political and economic reform. Lebanon’s fantastic potential lies in its people, in their hard work, their creativity and their ambition. Only through real political and economic change can Lebanon unleash its greatness, and achieve the better future Lebanon’s people deserve. The UK stands ready to help.”