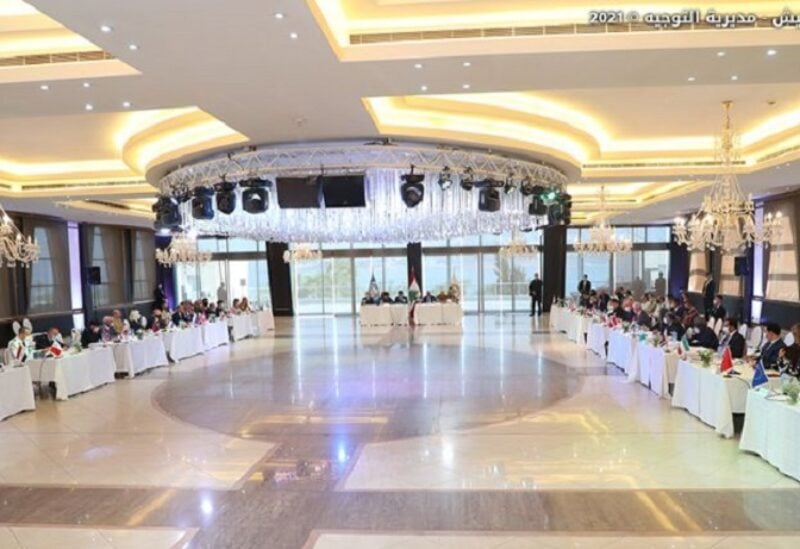 The Army Command, in cooperation with the Office of the Special Representative of the Secretary-General of the United Nations in Lebanon UNSCOL, organized at the Officers Club – Jounieh, a meeting at the ambassadorial level, to follow up on the results of the Paris Conference for supporting the Lebanese Army, held on June 17, 2021.

In her speech, Wronecka considered that the crisis in Lebanon affects the Lebanese Army’s operational capabilities, and thus the need to support it is more urgent than ever, she said: “Resolution 2591 adopted by the UN Security Council includes, in its tenth paragraph, a call for more International support for the army. Therefore, I invite colleagues present to take advantage of this decision, to do everything possible to help the Lebanese army and the Lebanese security institutions.” “In this context, the United Nations is seeking to adopt a mechanism to facilitate the transfer of cash assistance to the army and other security forces,” she added.

The army chief thanked the participating countries for their support for the army amidst the dire circumstances that Lebanon is experiencing, and said: “You were our partners in our battle against terrorism, and the army is fighting today a battle of another kind, perhaps more dangerous than a conventional military war, which is how withhold during this current economic crisis, and continue to carry out our operational tasks and provide the minimum necessities of life for our soldiers and their families. This has become our priority today.” General Aoun stressed that the army will remain Lebanon’s backbone and the guarantor of security and stability not only for Lebanon, but for the region as a whole.

The words of the participants affirmed the commitment of the participating countries to support the Lebanese army, because it is the only factor of stability for Lebanon.