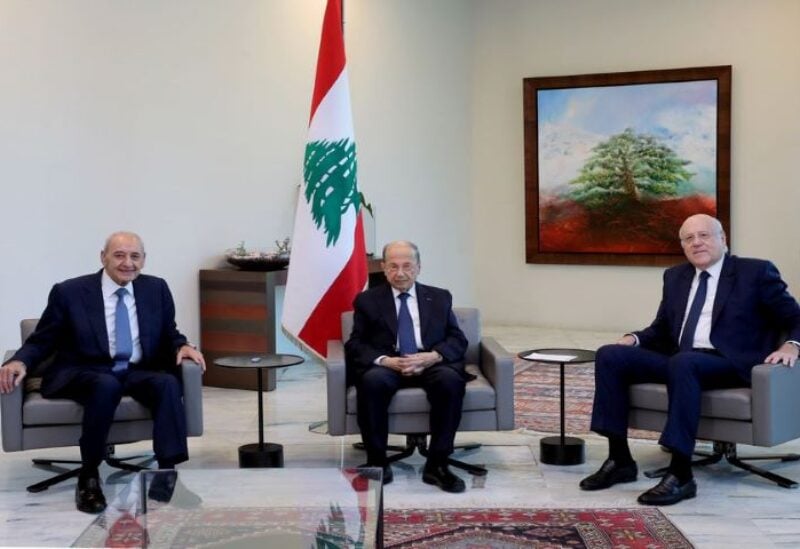 Two years into an economic catastrophe described by the World Bank as one of the worst on record, Lebanon’s authorities have presented a solution to fill a large hole in the financial system they were accused for creating: savers, not banks or the state, will foot the majority of the tab.

The proposal, seen by Reuters, aims to resurrect the dormant banking sector by requiring depositors to fund more than half of the $69 billion shortfall, which is three times the size of Lebanon’s GDP.

It entails transferring a big chunk of dollar deposits to Lebanese pounds at rates that devalue them significantly.

The state, central bank, and commercial banks will each pay $31 billion, accounting for less than half of the total.

A plan of action must be agreed upon in order to get an International Monetary Fund bailout and get the country back on track. The revised strategy must be approved by the cabinet.

Until recently, disagreements between politicians and banks regarding the extent of damages and who should pay have prevented any deal from being reached.

This current approach must still persuade the IMF. However, ordinary Lebanese, many of whom have been forced into poverty, will have little or no voice.

“The sufferer must shoulder the majority of the burden,” said Toufic Gaspard, an economist who has advised the IMF and the Lebanese finance ministry. “Their argument is unacceptable by any logic standard in the world.”

Savers have been subjected to ‘haircuts’ in previous crises across the world, while small depositors are exempt.

Savings of less than $150,000 in Lebanon will be safeguarded, totaling to around $25 billion, although, like other depositors, the money will be paid out over a 15-year period. They had already been essentially locked out of their accounts for the past two years.

Nonetheless, the magnitude of Lebanon’s catastrophe, the worst since the country’s civil war from 1975 to 1990, eclipses most other worldwide examples. According to some projections, Lebanon’s national debt will be 500 percent of GDP in 2021, but the same sectarian elites who got the country into problems still retain power.

“There just isn’t much money left.” This is why accountability is critical. “The political elite is attempting to turn the page and finish this chapter without holding anyone accountable,” said Mike Azar, a crisis specialist.

Email requests for comment were not returned by the government, the central bank, or the banking association.

The majority of the $104 billion in dollar deposits, which banks no longer have enough hard cash to handle, will be changed to Lebanese pounds under the proposal, but at a variety of conversion rates, two of which are significantly below current market values.

Since the crisis started in 2019, Lebanon’s pound has lost more than 90% of its value.

“If approved by parliament, it would be the kiss of death for a near-zombie financial system, dooming Lebanon, its economy, and people to protracted pain and wasted decades,” he warned of the current plan.

An earlier plan, developed in 2020, was scuttled by banks, the central bank, and ruling lawmakers due to concerns about how losses were estimated and distributed. The IMF discussions fell down.

The new proposal intends to establish an Asset Management Company (AMC) to invest deposits in projects such as reconstructing Beirut’s port, which was destroyed by a massive bomb in 2020, and power stations in a nation where state power plants are unable to keep the lights on.

The AMC, which would be owned by the state but managed autonomously, will issue asset-backed securities to repay depositors, according to the proposal, with the goal of “generating wealth.”

“A top governance system is required to handle all of those assets without corruption, and the people governing this nation are arguably the least competent in the world to do it,” said Talal F. Salman, a former finance ministry official.

However, there is no evidence of a political shake-up in Lebanon that would affect the individuals in authority, who are generally accused for blocking donor-sought changes.

For decades, Lebanon’s power-sharing arrangement among Muslim and Christian factions has cemented the authority of a few individuals, families, and groups. Hezbollah, a heavily armed Muslim Shia organisation sponsored by Iran, is one of the most powerful.

Banks would contribute $13 billion to repair the deficit, primarily through write-offs of shareholder capital.

Unless existing owners infuse new capital, wealthy depositors might wind up holding 72 percent of the stock in Lebanese banks.

“There is no dividend or management compensation clawback imposed on banks or bank management, which is clearly unjust to depositors,” Azar added.