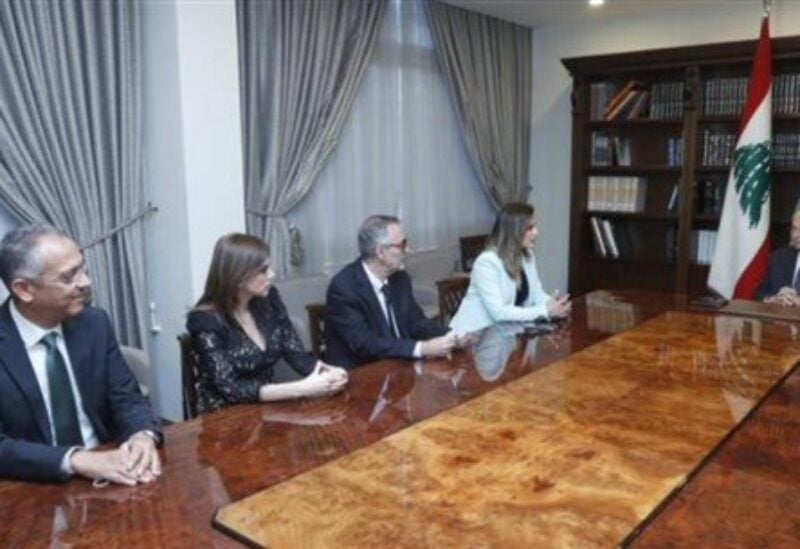 President of the Republic, Michel Aoun, on Monday welcomed at Baabda Presidential Palace, Caretaker Minister of Information, Manal Abdel Samad, accompanied by the new CEO of Tele Liban, Toufic Traboulsi, as well as members of the council directors, Viviane Lebbos, and Mosbah al-Majzoub. Discussions reportedly focused on the situation of Tele Liban, as well as its role during the upcoming phase.

During the meeting, President of the Republic, General Michel Aoun, highlighted the important role of the media in preserving general stability in Lebanon, and urged the visual, written and audio outlets to play a constructive role in the current difficult circumstances which Lebanon is experiencing.

The President also called to avoid slipping into mistakes which harm national unity and encourage division and distancing between the Lebanese, stressing that media freedom is protected, which requires that it is exercised responsibly and objectively without any incitement or abuse. President Aoun also asserted that media should be exercised in a way which assures respecting the other opinion since the limit of freedom is the truth.

The positions of President Aoun came while meeting with Information Minister, Manal Abdel Samad, the new Chairman of the Board of Directors of Tele Liban-TL Director General, Dr. Toufic Traboulsi, and Board members, Ms. Vivian Lebbos and Dr. Mosbah Majzoub.

The visit was on the occasion of their assumption of their new responsibilities in the management of TL by a decision from Urgent Matters Judge of Beirut, President Hala Naga.

The Information Minister discussed the stages of the appointment process, and referred to the criteria of competence and experience enjoyed by the new Director General, which she adopted for his selection, in addition to the cooperation which he will receive from the two members concerned with accounting affairs and good governance.

For his part, Dr. Traboulsi stated his vision to improve the management of TL and enhance its presence on national media after the stumbling experienced over the past years. Traboulsi also pointed out that TL will return to play its role and also to be the link between the resident Lebanon and Lebanese diaspora.

The President wished Dr. Traboulsi and the two members success in their newly assumed tasks, focusing on the national media message which TL must carry out, especially in the current circumstances despite the limited available capabilities. Moreover, President Aoun stressed the commitment to objectivity and non-alignment of one team against the other and highlighting the state’s position in all issues raised so that the official media becomes a reliable and referable media at Lebanon and abroad.