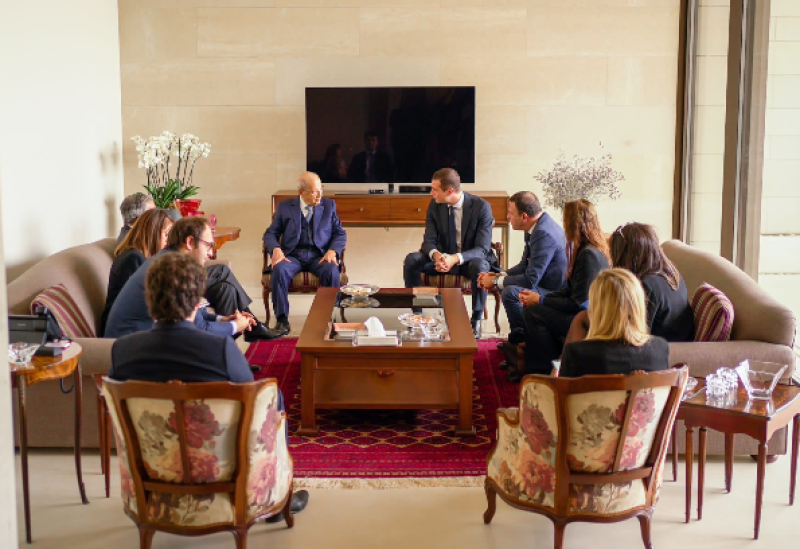 Former President Michel Aoun received this afternoon a French delegation from the “Identity and Democracy Bloc” in the European Parliament, with whom he discussed “the process of electing a new president for the republic and forming a new government that works to implement a reform economic plan to stop the deterioration in the country on both the financial and economic levels.”

Talks also touched on the issue of the displaced Syrians in Lebanon, whereby it was emphasized that “Lebanon is no longer able to bear this burden due to its stifling economic crisis,” as well as the “need for the European Parliament’s assistance to secure their return to their country and provide them with aids there, especially since most of the Syrian regions have become safe and ready to receive the displaced.”