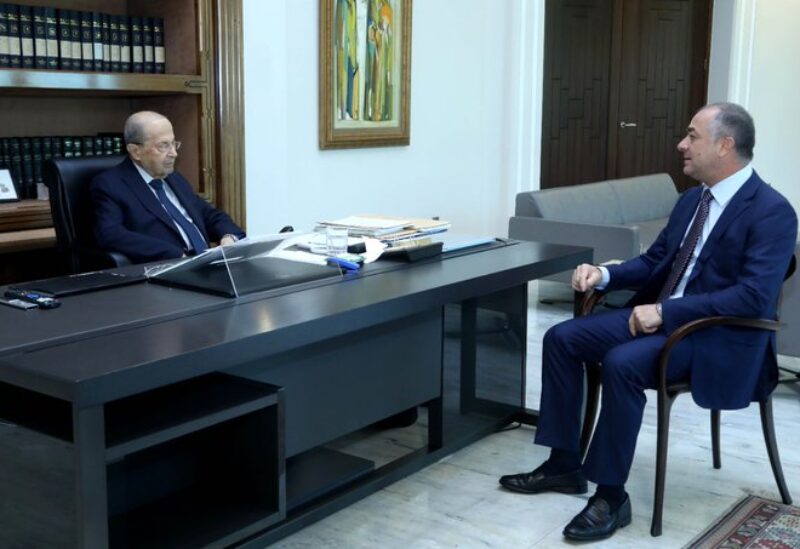 The general situation and the new political, economic and security developments were discussed.

MP Bou Saab stated that the meeting also tackled the existing contacts to solve the electricity crisis, especially after agreeing to import gas and electricity from Egypt and Jordan through Syria in light of the US decision not to apply the effects of “Caesar’s Law” to this extraction, knowing that a meeting will be held in the coming hours with concerned countries to establish a mechanism for implementing the agreement.

The issue of Iraq increasing the quantities of oil sent to Lebanon to secure an increase in the hours of electrical production, provided that this is done at a faster pace, according to the deliberations that took place during Prime Minister Najib Mikati’s visit to Iraq two days ago, was also tackled.

MP Bou Saab also pointed out that the mission carried out by the US envoy, Amos Hochstein, in the matter of indirect negotiations on the demarcation of the southern maritime borders, is proceeding at a high pace, with the desire on the American side not to prolong the time to achieve progress in this file.

President of the Constitutional Council:

Judge Mehleb thanked President Aoun for reactivating the work of the Constitutional Council during the next stage.

The President received the head of the Lazarus Fathers in Lebanon and the Middle East, Father Ziad Al-Haddad, in the presence of the Vice President of “Caritas” in Lebanon, Dr. Nicolas Hajjar.

The work of monasticism in Lebanon and abroad and its role in the current circumstances that Lebanon is going through were discussed.

Al-Haddad indicated that the national and spiritual message of the Lazarus Fathers’ Order since its inception has been and will continue to serve man and the church, thanking the President’s initiative in allocating 200 billion Lebanese pounds from the appropriations he motivates according to the constitution, to compensate for those affected by the explosion of the port of Beirut.

For his part, President Aoun commended the work of the Lazarus Congregation in Lebanon and the Middle East through its monasteries and social and educational institutions located in Lebanon and a number of countries in the region.