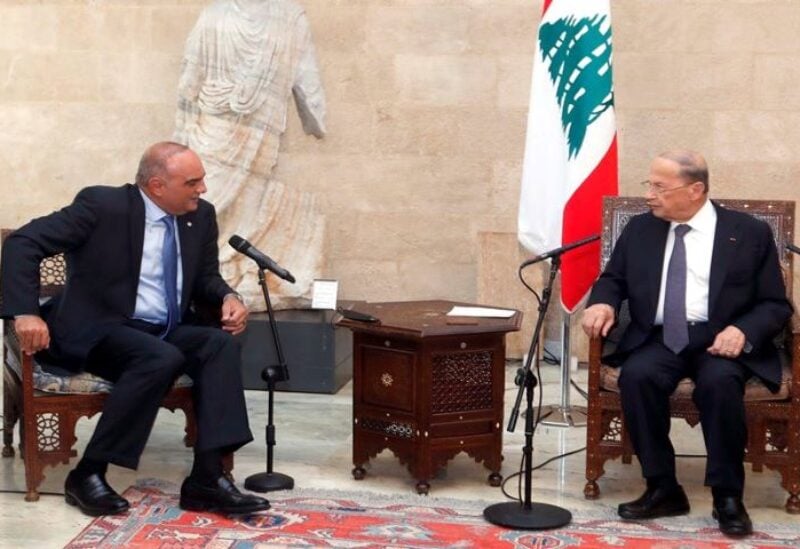 President of the Republic, General Michel Aoun, expressed his deep appreciation for the distinguished gesture made by Jordanian King, Abdullah II to Lebanon during his speech at the United Nations General Assembly in New York, few days ago. The Jordanian King had called on the international community to help in the revival of Lebanon, and he was one of the first to provide urgent aid to Lebanon after the Beirut Port explosion.

The President also emphasized the strength of historical relations between Lebanon and Jordan, and the exchange of feelings of love and respect between the two peoples.

In addition, President Aoun pointed out that Lebanon looks forward to strengthening official meetings between Jordan and Syria and the return of flights between Amman and Damascus, which contributes to facilitating the opening of the Arab depth in our country. The President welcomed the reopening of Jaber crossing between Jordan and Syria, and wished that all necessary facilities would be provided to Lebanese trucks transporting Lebanese agricultural goods, by land, to some Gulf countries.

Stances of the President came while meeting with the Jordanian Prime Minister, Mr. Bishr Al-Khasawneh, today at the Presidential Palace.

President Aoun conveyed a written message to the Jordanian King, through Prime Minister Khasawneh, in which he thanked King Abdullah for his positions in support of Lebanon, and the invitation launched for help.

“I have great confidence that those who are keen on the rise of Lebanon, like your Majesty, will not leave its people under this ordeal. The launch of the new government’s work constituted a very important opportunity for our country at this stage to gather its forces, strengthen the solidarity of its people, and begin the stage of advancing the support of brothers and friends”.

Several files of concern between both countries were also tackled, in addition to the assistance provided by Jordan to Lebanon to confront the severe economic crisis.

For his side, PM Khasawneh conveyed the greetings of King Abdullah, to President Aoun, in addition to his solidarity and love for Lebanon and its people. The Jordanian PM asserted that King Abdullah always Lebanese issues in his heart, meetings and work.

In addition, PM Khasawneh pointed out that his visit to Lebanon with the accompanying delegation is a solidarity visit, after the formation of the new government, to find out about the urgent needs and how Jordan can help, especially in energy and security. Moreover, the Jordanian Prime Minister stated that Jordan is conducting intensive talks with both Egypt and Syria in order to complete arrangements for securing Egyptian gas to Lebanon, and that the results so far are more than positive.

The possibility of providing Lebanon with electricity from Jordan was also discussed, where PM Khasawneh indicated that work is underway to reform the electricity network in some Syrian regions to be able to achieve this goal, and “This process may not take more than 3 months”.

After the meeting, the Jordanian Premier made the following statement:

“I was honored to meet His Excellency the President of the Republic. I conveyed the greetings of King Abdullah and the lasting and supportive feelings of your brothers in the Hashemite Kingdom of Jordan, as King, government and people. His Excellency also sent a written message to his brother King Abdullah.

We have several meetings during this continuous solidarity visit with the brotherly Lebanon, and as you know His Majesty stressed, in his speech at the UN General Assembly, his constant and sure concern for this brotherly and beloved country, which has a high position and rank in the hearts of all Jordanians. Our support for Lebanon is continuous, and we seek and work towards several practical measures which will meet some urgent and necessary needs which Lebanon wants.

I also expressed our continued support for the needs of our beloved and dear Lebanon, and I will meet the Parliament Speaker also today. We also have numerous bilateral meetings with a group of Ministers who are accompanying me today with their Lebanese counterparts, especially in the energy and electricity field, which we seek to find ways secure.

We stressed our full readiness to secure all requirements which Lebanon needs, and which we will spare no effort, as we have always done under the leadership of His Majesty the King, to support.

Lebanon is a very dear country for us, since it has done a lot to its Arab surroundings and made many contributions with the talents of the brotherly Lebanese”.