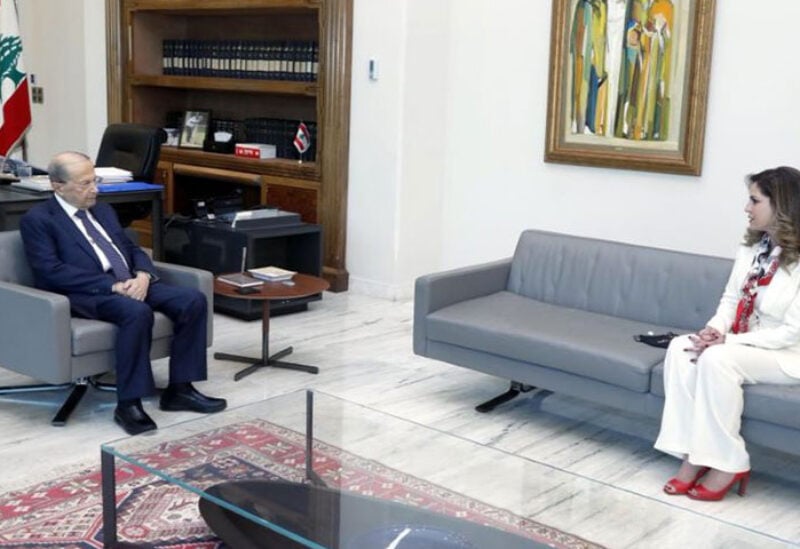 The meeting addressed latest internal developments, in addition to the media reality in Lebanon and the projects carried out by the ministry in the field of developing media work and skills.

The media law was also discussed during the meeting, as Minister Abdel Samad indicated that this law “Is today in its final stages before the Administration and Justice Committee, to be presented soon to the General Assembly of Parliament, and It would contribute to preserving the rights of media professionals and provide many provisions that regulate the media sector”.

After the meeting, Minister Abdel Samad made the following statement:

“The topics of the day have been discussed, especially the issue of media, which plays a fundamental and essential role during the crises that the country is going through. The media reflects the image of reality objectively, and its pioneering role and it is a partner in facing the crisis. It is necessary to prevent any  transgressions that affect or harm journalists. We must protect journalists, because we have seen how they are exposed to problems and unfortunately harm, whether verbal or physical, as a result of a certain situation or expression, and this is unacceptable.

We also stress the need for the media person to be objective and reflect the realistic image, because we live in a crisis. We must know the choice of words and adjust the language not to be inciting, because any expression can lead to  greater crises and aggravate problems.

The role of social media, which is for communication and dialogue at times, was discussed during the meeting, and at other times it is for divergence and dissonance that do not serve our country in the current situation, therefore it is necessary for us to work on selecting our words and our style of communication.

We tackled some projects of the Ministry of Information, most notably the grant provided by INA FRANCE to archive and automate the archives of Lebanon TV, which is a pioneering step indicating the confidence we have from friendly countries through pioneering and serious projects. We also discussed the establishment of a media observatory in the Ministry of Information to be a platform for objective reports through which the media reality is analyzed and the topics that must be highlighted and recommendations be made.

Emphasis has been placed on the role of the media law, noting that we have reached the final stage in its development, and it is now before the Administration and Justice Committee in the House of Representatives, and it will be presented to the General Assembly soon. Moreover, we assert the importance of this law, which includes electronic media within the general law, preserves the rights of media professionals and journalists, and gives many provisions that regulate the media sector.  This helps us recover from the crisis in which we are witnessing.

In response to a question about the pursuit of director Charbel Khalil and the encirclement of a group of internal security forces at his home, and the role of the Ministry of Information in this regard, she replied: “You notice that my role was not limited only to speeches and denunciations or recording my verbal position, but through coordination with the concerned authorities directly.

I made many calls to denounce some of the issues and abuses that occurred against the media professionals, and my visit today to the President of the Republic comes mainly in this context, especially as we notice that the media people are subjected to a lot of physical or verbal harm and this is unacceptable, for they are ultimately the bearers of a message, and the bearer of the message is not guilty.