Aoun: I am continuing to work for Lebanon progress

President of the Republic, General Michel Aoun, asserted the continuity of work to achieve the goals he set in mind to advance Lebanon from the numerous difficulties and harsh conditions it passes through. “I hope that the last year of my term will be the beginning of the actual rise and the start of the recovery process” the President said.

President Aoun also considered that current circumstances had removed the joy on Independence Day, emphasizing that “We are working today to move forward in achieving the lofty meanings of the holiday”.

The will is present to rebuild all that was destroyed. We have losses and we have determined their value, and we will see who will bear them. In parallel, we will work to identify the necessary reforms to negotiate with the International Monetary Fund, and start revival. We hope to accomplish this issue as soon as possible” the President added.

Stances of President Aoun came while meeting a delegation of officers of the “Military Charter Group”, today at Baabda Palace, who came to congratulate him on Independence Day.

At the beginning of the meeting, Brigadier General, Adeeb Rashid made the followingspeech on behalf of the delegation:

“We, the Military Charter group, consisting of retired officers from all the Lebanese governorates, came today on the occasion of the Independence Day, which is three days later, to extend our warmest congratulations and greetings to you, wishing you continued health and wellness, patience, strength and good will to achieve your goals aimed at saving Lebanon and bringing it to safety. This lofty goal you pursued under the slogan “change and reform.

We came today to announce our stand and support for your Excellency in insisting on pursuing the reform process until it reaches the desired goal, which will achieve more progress and prosperity for the Lebanese people. It is represented in the principles and reform and many sovereign steps that you fought for previously, and you are still working hard to achieve them. Most notably of which: forensic audit, keeping politics away from the judiciary, purging the administration of the corrupt, transforming the Lebanese economy from a rentier economy to a productive one, and not compromising and relinquishing national rights on land and at sea…”.

The President responded by welcoming the delegation, and indicated that “

“Independence constitutes as the most beautiful holidays in our national life, no matter how harsh the circumstances are, and the holiday has lost its joy, while its meanings remain. Perhaps the most prominent of these is the liberation of Lebanon from terrorists, the monitoring, tracking and elimination of terrorist sleeper cells, in addition to the completion of decrees related to the extraction of oil and gas, even if we do not yet know the reason why companies have stopped drilling for oil”.

In addition, President Aoun referred to the obstacles Lebanon faced starting from “High debts, to the crisis in Syria, which blocked our ways of communicating with the Arab world, followed by the exodus of about one million and eight hundred displaced Syrians. Lebanon has shouldered all their burdens, with the outbreak of the Corona pandemic at the international level, reaching the catastrophe of the port explosion and its humanitarian, social and other repercussions”.

Moreover, the President stressed that “The will is present to rebuild everything that has been destroyed. Money and the economy based on sound foundations are two interrelated issues. We hope to achieve that”.

Then, President Aoun reiterated that “Lebanon always seeks the best relations with the Arab countries, especially the Arab Gulf states. We hope that what led to a problem with these countries will be quickly resolved. It is important that the interests of the Lebanese people not be harmed, and that they pay the price negatively”.

“Despite all the negative things which we have encountered, we will never despair and we will emerge from all these crises, stronger, and despite all the difficulties. i hope that the beginning of our exit from these crises will be before the end of my term” President Aoun continued.

The President also stated that “The result of the upcoming elections will show who wants to follow-up on the rescue path, who wants to counter that, and who is with the continuation of the reform movement or not”.

“The most important issue remains the approval of the forensic audit that will determine for us who caused the financial crisis which we are witnessing. We suffer from it, even though it has hindered our country for about a year and a half” the President concluded.

President Aoun met former Minister, Maurice Sehnaoui, and deliberated with him several economic and developmental issues, in addition to the situation of electricity.

The meeting was also attended by former Minister, Salim Jreisatti.

The President met Head of the Association of Members of the Legion of Honor in Lebanon, Ambassador Dr. Khalil Karam.

Ambassador Karam invited President Aoun to attend the celebration which will be held in Paris on Sunday the 5th of December, on the occasion of the awarding of Ambassador Karam and Professor, Charbel Matta, the grand prize of the L’Ouevre Foundation D’Orient, for their book on the “Message of the Jesuit Fathers in Ghazir 1843-1965” from Saint Joseph University Press.

The award will be presented by French Academy Secretary General, Helene Carrere D’Encausse. 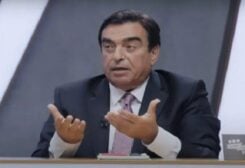