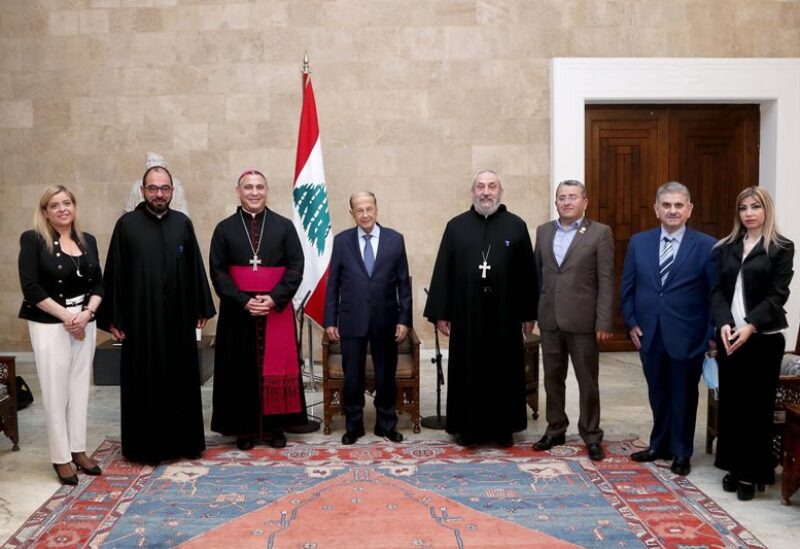 President Michel Aoun received head of the Episcopal Committee for Christian-Muslim Dialogue in Lebanon, Patriarchal Deputy General of the Syriac Catholics in Beirut, Archbishop Mar Matthias Charles Murad, on the head of a delegation on a protocol visit after Archbishop Murad’s assumption, by election, of the presidency of the Committee.

Archbishop Murad thanked the President for receiving the delegation, and pointed out that the visit is protocol-based to the committee emanating from the Council of Catholic Patriarchs and Bishops in Lebanon, whose aim is to build connection bridges between Christianity and Islam.

Murad also stressed that the Committee puts itself at Lebanon’s disposal to conduct dialogue in these delicate circumstances which the country passes through.

“The Committee continuously seeks to meet and achieve acquaintance and study in various cases, especially those which have differences in personal status laws” bishop Murad stated.

Afterwards, Abbot Abou Jaoudeh said “What encourages us for dialogue, is our work as Christians and the role of the Holy Spirit in our lives, as well as the message of His Holiness, Pope Francis, last year “We are all brothers”.

Abou Jaoudeh also stressed that a homeland is for every human being and no one should be deprived of it. “Lebanon is the country of civilizations, encounter, coexistence and authenticity. We want to live together, despite all differences, in dignity and mutual respect” Abbot Abou Jaoudeh said.

Addressing President Aoun, Abbot Abou Jaoudeh said “The Lebanese need the father, and the President, and that is what you represent to Lebanon. Just as the father needs to listen to his children, the children also need to listen. We want Lebanon to be a nation with order for all, in which human beings should be special in it”.

For his part, the President welcomed the delegation, and indicated that “What prevents the Lebanese from real coexistence is the absence of a unified personal status law, since without changing the current situation the Lebanese will remain groups and the required interaction will not occur”.

“The fundamental change must take place particularly in this regard” President Aoun added and pointed to the continuing divergence of views in the application of several issues, especially in what is related to women.

In addition, the President addressed recent judicial developments and yesterday’s demonstrations, and stressed the right of peaceful protest as a free expression away from the logic of sectarianism.

Finally, President Aoun addressed the delegation saying “The state must preserve justice for all. As for you, you must bring everyone closer to the other”.

The President met Maronite Archbishop of Beirut, Paul Abdel Sater, and deliberated with him current social and life affairs. 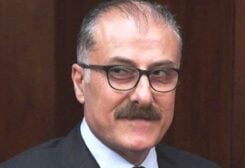 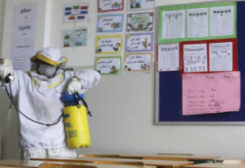