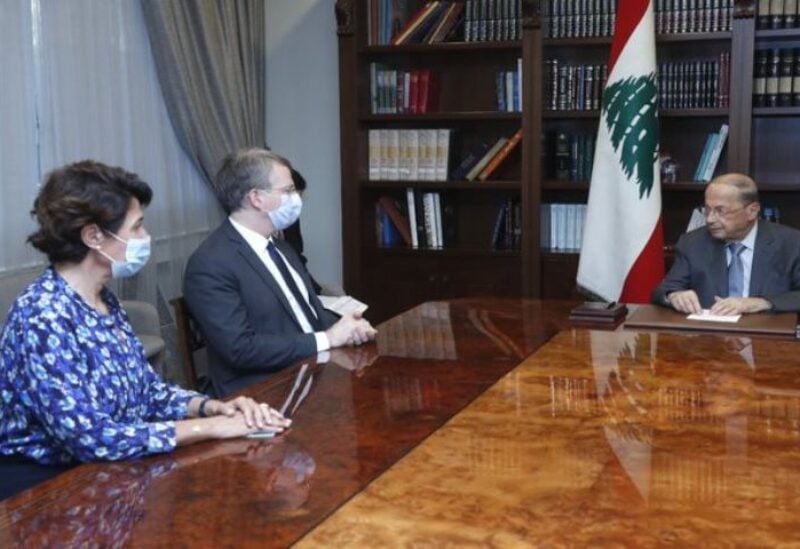 President Aoun also briefed the French presidential envoy on internal and external difficulties and obstacles which faced the birth of the new government, expressing his hope that his meeting with Prime Minister-designate, Saad Hariri, today will bear positive signs, especially since nine months have passed and Lebanon has been without a government despite the difficult circumstances the Lebanese live in at various levels.

The President reiterated his support for the French initiative, thanking President Macron for his efforts to support Lebanon, the in-kind assistance provided by his country, the conferences organized by the French President for this purpose, and the conference to be held on August 4 in support of the Lebanese people.  In addition, President Aoun considered the successive visits of French officials to Lebanon as evidence of France’s interest in the Lebanese situation and the deep friendship which unites the Lebanese and French peoples.

Moreover, President Aoun stressed that investigations are ongoing into the crime of the port of Beirut explosion, in preparation for revealing the causes and those responsible and holding them accountable. The President re-asserted that there will be no political cover for any negligent or perpetrator in this crime.

Finally, President Aoun conveyed his greetings to President Macron and his wishes for success, expressing the gratitude of the Lebanese for what he is doing to help their country.

During the meeting, which was attended by the French Ambassador in Beirut, Ms. Anne Grillo, Ambassador Durel emphasized France’s keenness to continue to support and assist Lebanon, pointing out that the support conference organized by President Macron at the beginning of next month falls within this framework.

Ambassador Durel also stressed the importance of speeding up the formation of a new government and direct reforms advocated by France and the international community.