Aoun,Hariri meeting.. A Controversial envelope and a “morphine injection.” 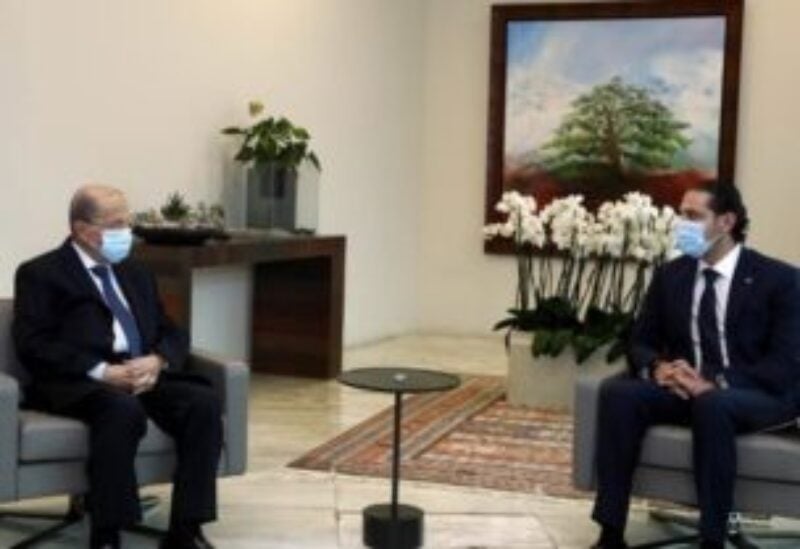 Once you are in an unbearable pain ,morphine injection becomes Inevitable, and this what Mr Aoun and Mr Hariri did this afternoon to this country and to the international community to ease things out.

President Michel Aoun, received Prime Minister-designate Saad Hariri at Baabda Palace. In contrast to previous visits to Baabda, Hariri carried an envelope in his hand before entering the meeting

After the meeting, Hariri said: “I spoke with President Aoun about my aspirations to form a government of specialists and sought the President of the Republic and his comments. We agreed to meet again on Monday, and there will be answers about the possibility of our reaching a government as soon as possible.” He considered that “confidence in the international community must be restored, and the economic situation does not justify this rise in the price of the pound, but rather the absence of horizon, and the main goal of this government is to stop all this collapse of the pound.”

Hariri concluded, saying: “The meeting today is to mitigate the collision that appeared yesterday, and to calm things down. I will remain frank, and now there is an opportunity that must be taken advantage of.”