Lebanese Army Commander, General Joseph Aoun, accepted the invitation of his counterpart, Chief of Staff of the Egyptian Armed Forces, Lieutenant-General Mohamed Farid, to visit the Arab Republic of Egypt, with the aim of discussing ways to continue supporting the Army and bolstering relations between the two armies.

Aoun began the visit with a meeting with Egyptian President Abdel Fattah El-Sisi, who affirmed his pride in “the depth of relations between Egypt and Lebanon, both at the official and the popular levels,” and stressed “Egypt’s keenness on Lebanon’s safety, security, stability and national interest,” praising “the main role played by the Lebanese Army in maintaining stability and balance in Lebanon.”

For his part, General Aoun conveyed the greetings of President Michel Aoun, stressing “Lebanon’s keenness to maintain the strong ties that bind the two brotherly countries, based on the foundations of solidarity and brotherhood”, and expressing Lebanon’s appreciation for the Egyptian efforts to support it and its military institution, “as an extension of Egypt’s pivotal role in maintaining stability in the entire Arab region.” 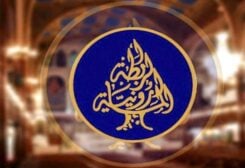 The Maronite League warns against excluding the expatriates from electing