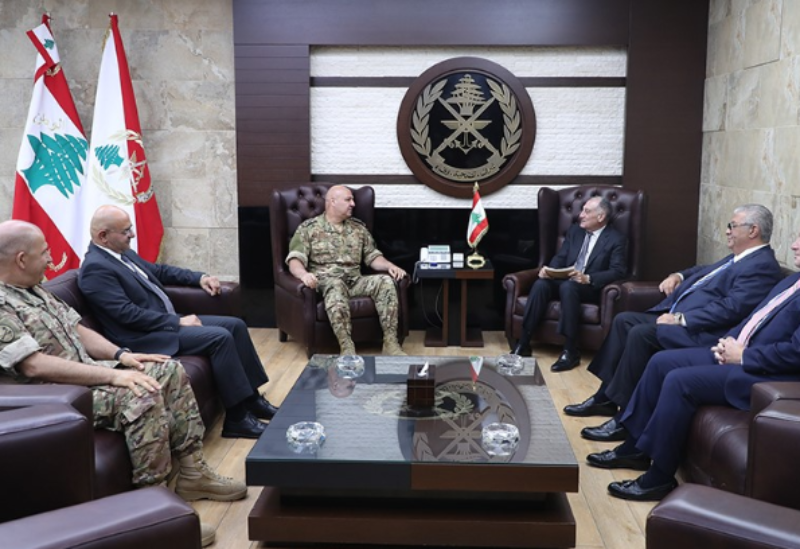 General Joseph Aoun, the commander of the Lebanese Army, met Melanie Hauenstein, the UNDP’s resident representative in Lebanon, on Tuesday at his office in Yarzeh.
Maj. Gen. Aoun also met with a delegation from the American Task Force for Lebanon (ATFL), headed by its President Edward M. Gabriel, with discussions touching on the means to continue supporting the army to carry out its missions.