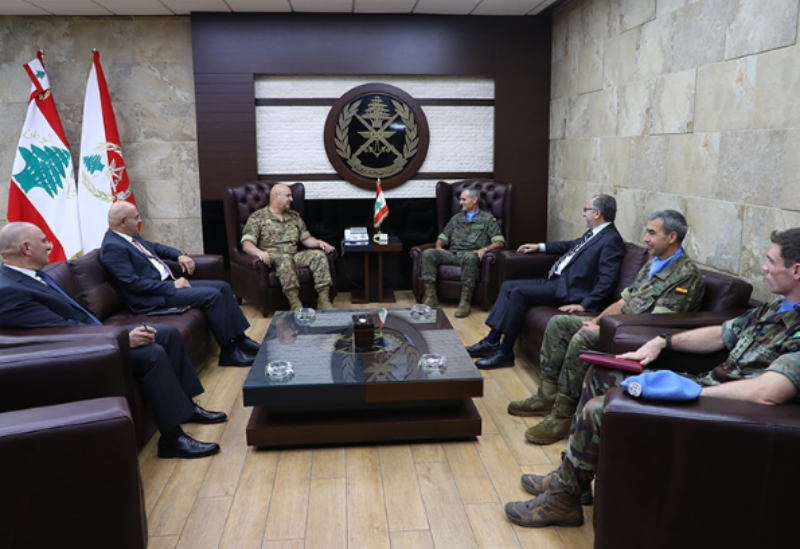 Discussions reportedly touched on the cooperation relations between the Lebanese army and the peacekeeping force.