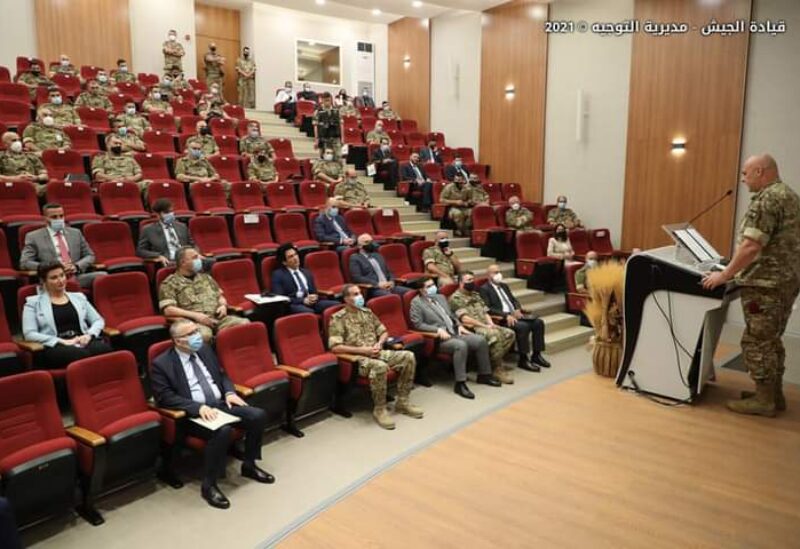 Under the auspices of the LAF Commander, Joseph AOUN, and in cooperation with the Head of the State Shura Council, Judge Fadi ELIAS, Banque Du Liban and ENA, the Director of the Research and Strategic Studies Center (RSSC) at the Lebanese Armed Forces, P.S.C Brigadier General Pierre SAAB, organized a workshop entitled:”Administrative Justice and its integration with the institutions of the Ministry of National Defense”.

In the presence of a number of LAF and RSSC Officers, State Shura Council’s Judges Karl IRANI, Nadia EL HAJJAR and Samih MADDAH, further to the Governor of Mount Lebanon, Judge Mohammed MAKAWI, as well as university professors from the aforementioned departments and lawyers, took part in this workshop. The RSSC Director and the Representative of the LAF Commander, P.S.C B.G. Pierre SAAB delivered a speech about the importance of applying the provisions of the administrative justice.

On the final day, participants came up with recommendations focusing on updating and developing laws and regulations in order to achieve transparency and Rule of Law as to safeguard the rights of the military institution.

At the end of the workshop, commemorative trophies and certificates were distributed to the participants.