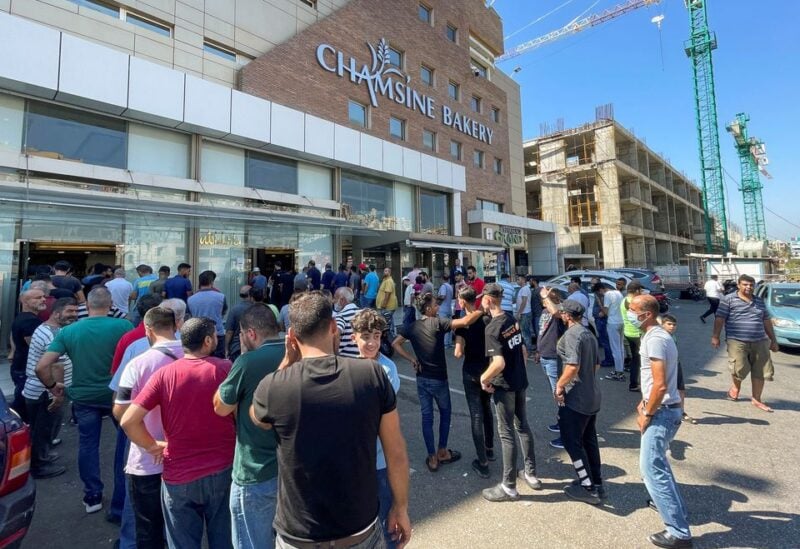 Mohamed Abu Khodr spent hours waiting outside a bakery in Beirut in the hopes of purchasing the two bags of subsidized bread he needs to feed his family. However, neither he nor the numerous other individuals waiting outside saw any evidence of the doors opening.

Abu Khodr, 57, a father of four, recalled Lebanon’s 1975–1990 civil war as he stood in a mob outside the bakery in the southern suburbs of Beirut on Thursday. “During the war, we were not humiliated like this,” he said.

With many Lebanese already struggling to get by in a devastating economic meltdown, shortages of state-subsidised bread have compounded hardship and prompted numerous brawls at bakeries. In some incidents, guns have been fired in the air.

The problem has grown more acute since the onset of the Ukraine war, which disrupted wheat shipments from Lebanon’s main grain supplier.

But the bread shortage is also linked to the complications of the Lebanese financial crisis that has devalued the national currency by more than 90% in three years.

A dietary staple for many, the disc-shaped loaves are baked using flour imported at subsidised exchange rates, creating a huge incentive for corruption and spawning a black market where bread has been sold at multiples of the official price.

In comments to Reuters, he also blamed smuggling and said Syrian war refugees had been buying more than they need to send home or sell in the black market.

A security source said that Syrians have been involved in some of the scuffles at bakeries, including one in a Beirut bakery where a fist fight erupted after pushing between Syrian and Lebanese customers.

“In this very difficult situation, we are witnessing an increase in tensions between different communities,” the U.N. refugee agency UNHCR said in a statement sent to Reuters.

“UNHCR is also concerned that restrictive practices and discriminatory measures are being introduced based on nationality, impacting, among others, refugees,” it said.

Continued international support to Lebanon is critical to ensure secure access to food and other basic needs, UNHCR said.

Lebanon has been hosting Syrian refugees since the war in began in 2011, estimating them to number 1.5 million.

In a statement issued last week, Najat Rochdi, the U.N. Resident and Humanitarian Coordinator, noted increased public discussions in Lebanon over the return of Syrian refugees to Syria and called on “everyone to refrain from fuelling the media and social media with negative sentiments and hatred”.

Salam said Syrian refugees were putting “very great pressure” on supplies but did not face discrimination.

He expressed hope supply problems will ease within the next few days, saying that 49,000 tonnes of wheat were being unloaded at Beirut port this week, which should last 1-1/2 months.

Salam also noted that parliament had approved a $150 million World Bank loan for grain, adding that security forces were stepping up monitoring of wheat shipments to prevent theft.

Bakery owners say the authorities have not provided enough subsidised flour, which the economy ministry denies.

Waiting with the crowd outside the bakery in Beirut’s southern suburbs, Khaled Daher said bread was readily available in the black market but at four times the official price of 13,000 Lebanese pounds – around 50 cents at the market exchange rate.

“It’s shameful. This is bread,” he said, adding that there had been none at home since Wednesday.

“Let them open the door of emigration so we can leave,” he said. “We can’t live in our country.”