Asmar during the Land Transport’s sit-in: “We will demonstrate in front of the Council of Ministers” 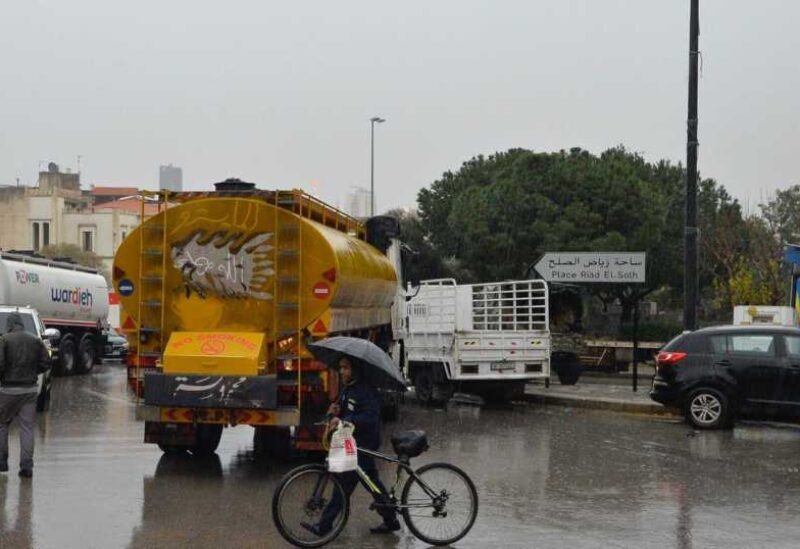 Groups representing the land transport sector started blocking the roads and intersections leading to the Grand Serail since the early morning.

Many trucks and vehicles blocked the roads at various points surrounding the Serail including Spears Intersection – Burj Al Murr, Ring, and Starco at the entrance to the Serail on the Beirut municipality side, as well as the southern entrance of the Grand Serial at Zkak el-Blat, and An-nahar intersection.

The security forces and the municipal police are working to keep the roads around the Serail open.

The Traffic Management Center indicated that traffic was blocked in downtown Beirut as part of the movement of the land transport sector.

In this regard, the Head of the General Labor Union, Bechara Asmar, said that “if the road transport sector is supported today, it becomes possible to save citizens from transportation costs.”

He pointed out in a radio interview, that “the movement today does not aim at blocking roads and impeding the movements of citizens, but will be against the Council of Ministers, the place where the transport plan should have been discussed.”

Asmar considered that “the financing card has not yet passed due to the lack of funding, but we still have time until next March, so let us wait.”

The head of the Federations and Unions of the Land Transport sector in Lebanon Bassam Tlais announced in a radio interview that if the transport plan had been implemented, we would not have reached here.

He added, “We did not call for a strike today, but for a sit-in in front of the Grand Serail, as we reached an agreement with the government, but it did not commit to implementing it.”