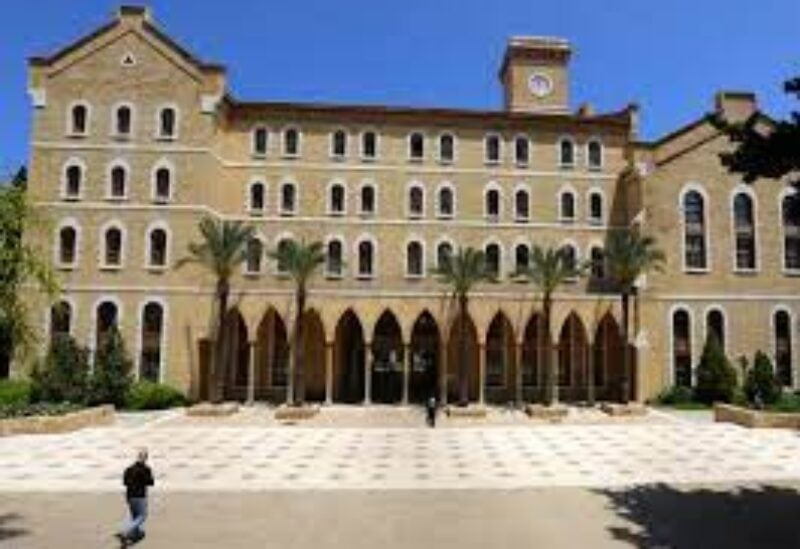 In recognition of broadly-supported initiatives to benefit Lebanon, the region, and beyond, the American University of Beirut (AUB) has won three Circle of Excellence Awards and was a finalist for a Platinum Award presented by the Council for the Advancement and Support of Education (CASE), a global nonprofit membership association of more than 3,600 educational institutions in 82 countries.

The initiatives, campaigns, and educational videos that were recognized by CASE addressed compelling issues including the global pandemic and urgent needs in the community in the aftermath of the August 4, 2020 explosion.

Commenting on these distinctions, Dr. Imad Baalbaki, AUB Vice President for Advancement and Business Development, said: “At AUB, we work hard to support our community and to enhance community awareness of important issues. We are proud to receive these awards, which we accept on behalf of our worldwide family of alumni and friends in Lebanon and around the world who make it possible for AUB to continue its mission and its pioneering academic and social roles.”

AUB won the Gold Award for its livestream #AUBNecessary in the Online Special Events (Fundraising) category, a unique event that was organized with AUB alumnus Lebanese American comedian Nemr Abou Nassar (Nemr) to collect donations for community outreach initiatives, the AUB Medical Center, and student scholarships. This event was an engaging opportunity to remind everyone of why “AUB is necessary” and to learn about some university initiatives, connect with other alumni and friends, meet recent graduates, and shed light on the role AUB plays in Lebanon and the Arab world – and has played for generations.

The AUB4Beirut Disaster Response campaign, which was organized by AUB in the aftermath of the August 4, 2020 explosion in the Beirut port, also won a Gold Award, in the Targeted Fundraising Campaign category for the fundraising appeal that AUB launched within a day of the explosion to raise funds for patient care and repairs at the medical center.

On August 13, 2020, AUB expanded the campaign, launching a global fundraising appeal to provide support for AUBMC and the people of Beirut, scholarships for students whose families were affected by the explosion, to repair the campus, and for community outreach initiatives. The goal was to secure the resources needed to help remove rubble, conduct building safety checks, recycle reusable materials, and provide food and medicine to some of the many people in Beirut who needed help. The campaign raised more than $9.5 million through contributions from more than 2,700 donors, a powerful testament to AUB’s extraordinary community.

AUB also won a Bronze Award, in the Public Service Announcements (PSA) and Commercial Spots (Video) category, for the short film “The Scariest Thing this Halloween…,” which was published on the university’s social media platforms and collected more than 95 million views in just 48 hours. The film, which was created and aired for Halloween, raised awareness of the dangers of COVID-19 in a very engaging and compelling way. The film stressed the importance of precautionary measures that limit the spread of the pandemic. The message, explaining the importance of wearing masks and social distancing to protect others, was especially directed to young people who would be most likely to share the video and spread the message.

AUB Associate Vice President for Communications Martin Asser commented: “The multiple crises we face in Lebanon mean that we at AUB have had to double and redouble our efforts to support and give hope to the communities around us, as well as sustain the university’s vital mission. CASE Awards are the most important global recognition of such efforts and AUB’s success in the 2021 edition is a testament to the remarkable creativity and teamwork that AUB staff have shown in extremely difficult circumstances.”

AUB’s entry in the “Best Practices in Communications and Marketing” category – “The situation was so bad that we had to cancel Giving Day. We organized a Giving Year instead.” – was selected as a regional finalist for a CASE Platinum Award. It focused on the university’s four back-to-back fundraising appeals between June 30, 2019 and August 5, 2020 that raised more than $25 million for student scholarships, staff and faculty support, patient care at our medical center, and AUB’s response to the pandemic.—AUB