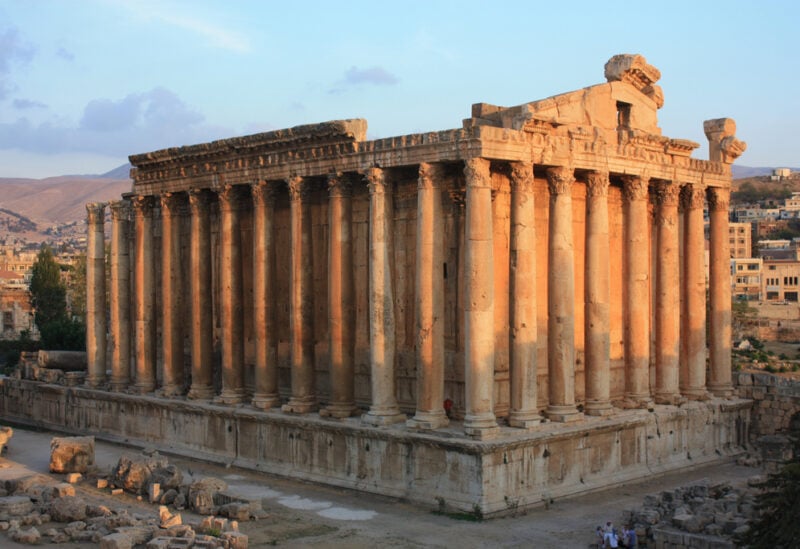 The Baalbek ruins in Lebanon

BEIRUT: “Baalbek Reborn: Temples” was launched last week. This virtual tour allows visitors to have a look at the sites and monuments of ancient Heliopolis both as it looks today and as it looked in its former glory.

The free app is the result of a 2-year collaboration between the German Archaeological Institute (DAI), the Lebanese General Department of Antiquities (DGA) and Flyover Zone, a U.S.-based company specializing in virtual tours of ancient monuments.

During the news conference whereby the app was launched, caretaker Culture Minister Abbas Mortada said “knowledge and scientific development have no limits, and one of their manifestations is the technology at the service of history and archaeology – to show it, shed light on it, and introduce it to the world.”

“The Culture Ministry, with all of its departments, is working to revitalize the culture in the City of the Sun and highlight its historical treasures, while striving to involve the residents of Baalbek, the Lebanese and the world at large in the new scientific results that show more and more the importance of the city,” the Daily Star quoted Mortada as saying.

“This virtual tour brings heritage back to life and invites those who want to travel on a journey through time to enjoy, recognize and see the splendor of the structures as they were in ancient times.”

The project aims to promote Baalbek as a main tourist destination in Lebanon and to boost the experience of those visiting the temples.

The tour features 360-degree imagery around the entire sanctuary, 3D digital modelling of the temples, reconstructed from the year 215, and audio commentary delivered by archaeologists who have been working at Baalbek for over a decade, in 4 languages.

“What’s fascinating about Baalbek is not only the Roman temples, but also its almost 10,000-year history,” Margarete van Ess, director of DAI‘s Orient Department, said at the news conference. “As an archaeologist, finds and research results give me images in my mind of what this special place looked like at that time. It’s fantastic that the temples are now given shape in the app and can be viewed by people all over the world.”

The complete tour offers 2 hours of commentary in total, as well as a short guided tour showing the main highlights. The tour has been made available in multiple formats – tablets, computers, smart phones and VR goggles.

Flyover Zone, founded in 2016, has to date devised virtual tours with historic reconstructions of the whole city of Ancient Rome and Hadrian’s Villa, with plans to chronicle Luxor’s Valley of the Kings and Karnak Temple, the Pyramids of Giza and Athens’ Acropolis.

“For Flyover Zone, this project has been a dream come true. In addition to the sheer size of the Baalbek sanctuary, its cultural significance cannot be exaggerated,” Flyover Zone founder and president Bernard Frischer said.

“Now we are using what we learned to bring Baalbek into the classrooms and living rooms of students and the general public,” Frischer added.

“‘Baalbek Reborn’ is intended to raise awareness around the world of the unique site and help travelers prepare for a visit to Baalbek and stimulate more tourism to Lebanon in general,” he said. “Nothing prepared me for my own trip to Lebanon and Baalbek and I’m still absolutely amazed. The purpose of virtual tourism is not to replace but to enhance real world tourism.”

The app has been made available free of charge, thanks to the patronage of retired Kuwaiti businessman Bassam Alghanim, who donated the funds in memory of his parents, Yusuf and Ilham Alghanim, who loved the temples.

For more info, and to download the tour, visit: flyoverzone.org.