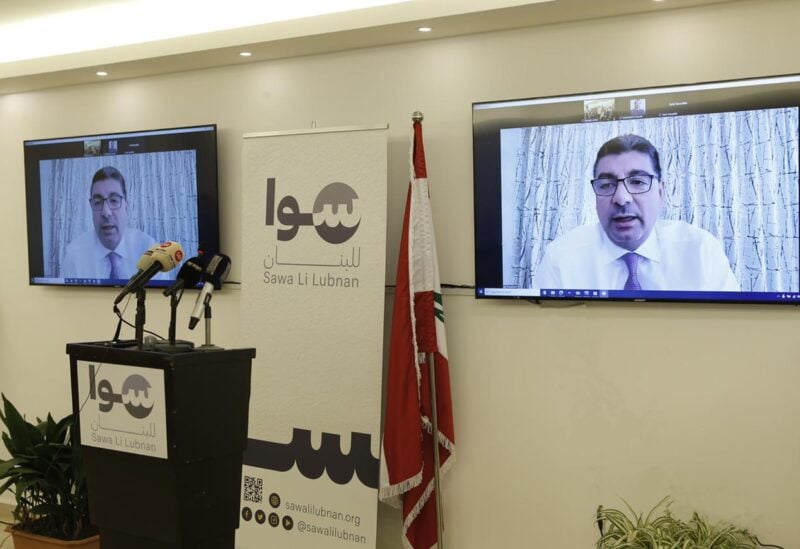 On November 13, 2021, “Sawa Li Lubnan” held a meeting to announce the opening of a new office in Akkar, in the presence of activities in the region, including mayors, representatives of Akkar’s municipalities and revolutionary groups, spiritual leaders, and residents of the region.

During the ceremony, Bahaa Rafic Hariri gave a speech via Zoom, affirming the following:

“Akkar is the beating heart of Lebanon, and it decided to begin opening its offices from this cross-sectarian city, which mirrors Lebanon diversity.”

Bahaa Hariri also answered questions from the audience and expressed his willingness to discuss all of their concerns with them, as well as to work with professionals and civil society activists to put in place the reform proposals that “Sawa” has proposed for Lebanon in order to strengthen the state.

Hariri believed that the integrity of the project launched by Rafik Hariri was the lifeblood of Lebanon for 16 years following February 14, 2005, as it repaired Lebanon and resisted Syrian tutelage with his martyrdom.

On this occasion, Said Sanadiki, CEO of “Sawa Li Lubnan”, gave an opening speech in which he expressed gratitude and thankfulness to the participants and attendees for their attendance. “Beirut is in Akkar’s heart, and Akkar is in Beirut’s heart.” “Today, ‘Sawa Li Lubnan’ is building a center in Akkar to prove that it is a movement that embraces all Lebanese regions,” Sanadiki added.

“We opened our first office, beginning in the Akkar region, to say, no, you cannot isolate Akkar,” he added. Akkar is not a second-rate Lebanese region.”

The opening of Sawa’s first office in Akkar signifies the implementation of development projects in all regions, because “Sawa Li Lubnan” is a political and development movement dedicated to the establishment of long-term projects. “Today, we have no choice but to work to salvage what is left of Lebanon,” he said.

Also, over the following two weeks, “Sawa Li Lubnan” will open offices in a number of different regions by holding conversation meetings to learn more about its future ambitions.

“Sawa Li Lubnan” is a political organization formed to bring about genuine and innovative change in Lebanon, with the objective of establishing a country that is sovereign, secure, and economically rich.