‘Ball is in banks’ court’ on USD transfers to students, Berri says 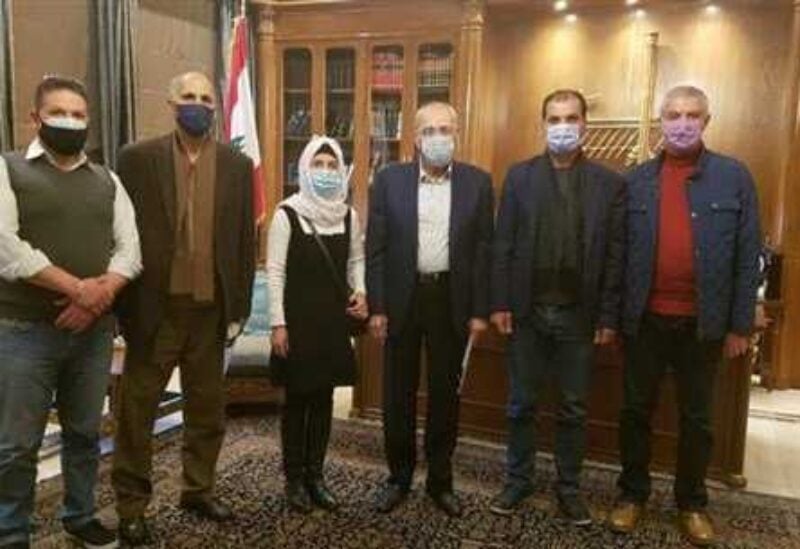 Speaker Nabih Berri with a delegation of the association for the families of Lebanese students abroad.

Speaker Nabih Berri said on Monday the ball is in the Lebanese banks’ court over the U.S. dollar transfers to students enrolled in universities abroad.

“The stipulations of the law on USD transfers to students are clear and binding upon the banks in terms of its enforcement without any delay,” Berri told a delegation of the association for the families of Lebanese students abroad he welcomed today.

“The banks’ attempts to evade the enforcement of this law would entail legal and judicial prosecution against them,” he said, adding “all reports suggesting that this law was revoked or amended are totally untrue.”

Speaker Berri also handed the delegation a copy of the minutes from the session during which the law on USD transfers to students was approved.

Parents of Lebanese students abroad have been protesting outside the Banque du Liban (BDL), calling for a government decree to allow them to transfer up to $10,000 a year at the official exchange rate of 1,500 Lebanese pounds to the dollar to cover tuition and expenses.

Until now parents and students say the law is being ignored, with banks and exchange dealers refusing to make transfers at the set rate and instead demanding the market rate, currently around 12,400 Lebanese pounds.

Central Bank Governor Riad Salameh told Reuters that “the law needs applications decrees from the government not from BDL.”