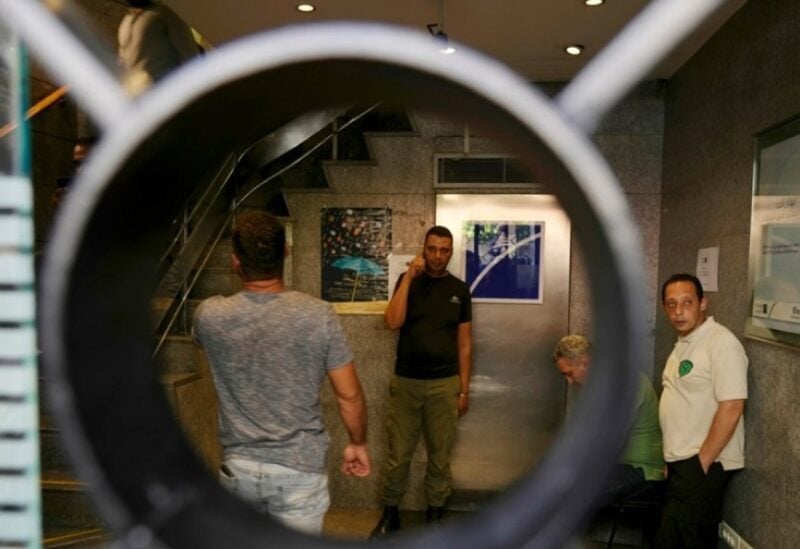 Security forces gather at the entrance of Blom Bank.

Banking sources announced via an interview with Al-Anbaa, that during the closure period, bank administrations will look , into some protective measures, to evade the return of intrusions

These measures include “requesting depositors to take advance appointments through the banks’ pages, and to deploy security members at the entrances to banks to support the members of special protection.”

However, there remains a big problem represented, according to banking sources, with the “quota” linked to the dollar within banks, which operate within a certain ceiling of withdrawals daily.

The sources indicated that “what is required is the intervention of the Central Bank to raise the value of the “quota” given to banks so that they can respond to depositors’ requests, and in a manner that drops the justifications for the intrusion, and the security and judicial repercussions it entails.