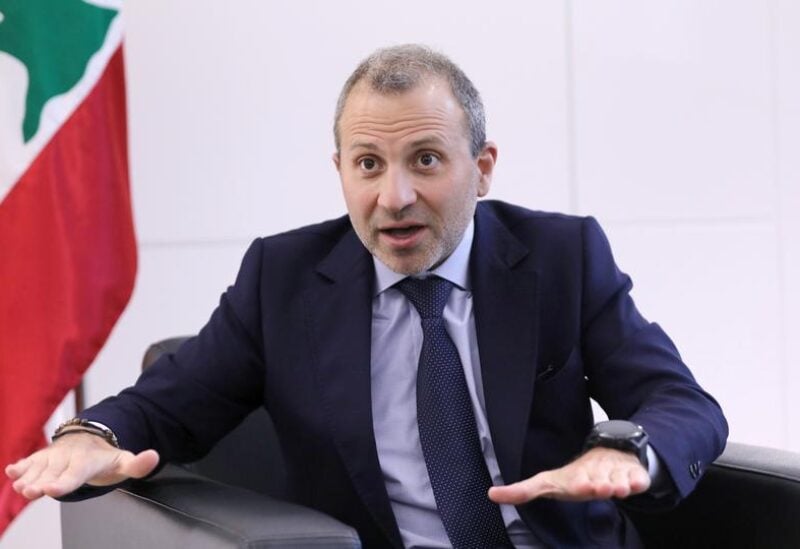 FILE PHOTO: Gebran Bassil, a Lebanese politician and head of the Free Patriotic movement, talks during an interview with Reuters in Sin-el-fil, Lebanon July 7, 2020.

“Mr. President, I extend my sincere congratulations to you and the Syrian people on your re-election, which reflects the confidence and hope of your people in you that you are able to lead the process of reconstruction and stability and return Syria to its place and position in the Arab world in general and the eastern Mediterranean in particular,” Bassil said in the telegram.

“The sacrifices made by the Syrian people will be a guarantee to prevent any suspicious project aimed at striking the social fabric of Syria by dispersing part of its people around the world,” the MP added.

In this regard, Bassil expressed his hope that Assad would take the initiative to facilitate the return of displaced Syrians to their lands, especially those who fled to Lebanon.

“May God grant success to your steps, and fulfill all the hopes of the Syrian people for security, stability and prosperity,” Bassil concluded.