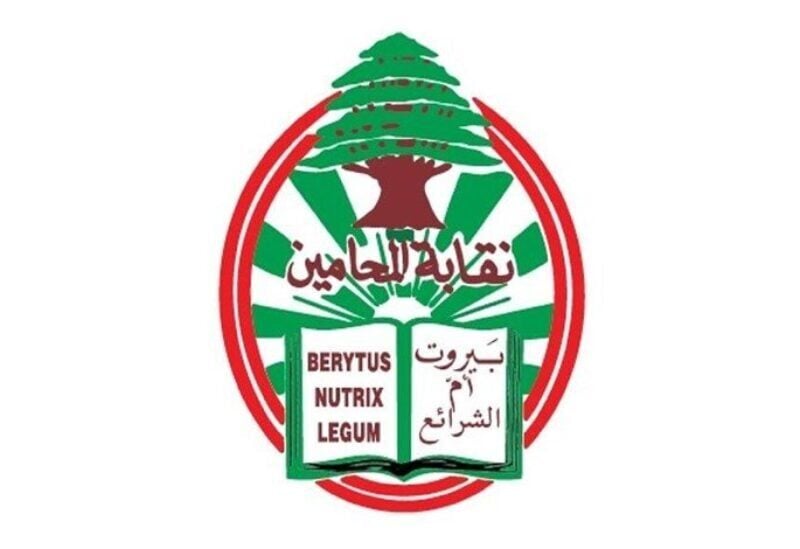 The Beirut Bar Association vowed on Thursday that it will spare no efforts on all levels in a bid to protect what is left of the depositors’ funds at the Central Bank (Banque du Liban), a statement issued by the Association said.

The Association condemned the possibility of making the Lebanese people chose between the shutdown of operations at public facilities and the use of what is left of their funds at banks for the purpose of operating such facilities.

“This comes in light of a dangerous deterioration of the economic, financial and monetary situation and amid gross violations of the provisions of the constitution, laws and basic principles that were and are still being committed by the Central Bank and other banks entrusted with the depositors’ funds and their lifetime savings,” the statement said.

“This also comes as there is an imminent threat to what is left of the people’s savings which are facing the risk of being unlawfully used to finance the insolvent public sector, as unanimously agreed by all local and international financial authorities.”

The Association said it was the state’s responsibility to operate public facilities not the depositors’, noting that “whoever has brought the public sector to its current situation must bear the consequences of their acts and secure adequate funding.”

“The depositors’ funds at the banks are their property. Private property is enshrined in article 15 of the constitution and so the Central Bank shall not dispose of it at its whim.”

The first one, which was addressed to BDL, reminded the latter of the need to enforce the provisions of article 90 et seq. of the Monetary and Credit Law and urged it to stop using the remaining funds it holds for a purpose other than the one originally intended.

The second one, which was addressed to the Association of Banks, urged the latter to take all legal and judicial procedures aimed at preventing the Central Bank from disposing of the depositors’ remaining funds.