Bekdache to SBI: Industrialists will struggle to secure funds for raw material purchases 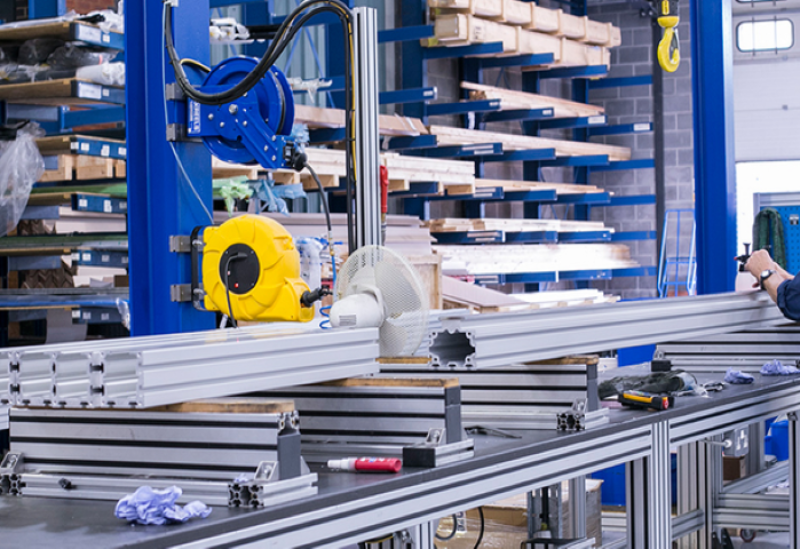 The ongoing depreciation of the Lebanese pound on the parallel market has made locally manufactured products more competitive. Consumers are increasingly attracted to purchase ‘Made in Lebanon’ products, which has become more compatible with their purchasing power that have lost more than 100 percent of its value.

The Vice Chairman of the Association of Lebanese Industrialists (ALI) Ziad Bekdache told Sawt Beirut International (SBI) that despite the hurdles and obstacles that continue to impact the sector, but the Lebanese industry is thriving and developing, especially the prepared foodstuffs, pharmaceuticals, and detergent industries. He added, “There is an upward trend from local consumers towards purchasing Lebanese manufactured products, as prices compete imported goods that are skyrocketing.”

Bekdache explained that the prices of the local products have quintupled, while the price of the imported product has doubled at least 9 times. Exports of foodstuffs, and detergents have increased. For instance, food industries have surged by five percent in the first two months of this year, compared to the same period in 2019, according to Lebanese Customs.

Industrialists are taking advantage from the dwindling operational costs compared to previous years, as it represent less than 50 percent of the costs incurred by industrialists in 2019, according to Bekdache. This percentage drops to 30 percent in some factories. He explained that the fuel prices, salaries of employees, and the value of taxes and fees, despite their recent increase, are much lower than they were previously. He added that factories who already have borrowed loans from banks, have benefited from devaluation and were able to pay off their debts from their revenues in fresh dollars.

On the other hand, a wide range of factories were impacted severely by devaluation, as consumers have lost more than 100 percent of their purchasing power. Bekdache said that amid this reality, sales in the local market dropped between 25 and 70 percent for some industries such as paper, plastic, and others. The volume of paper exports fell by 54 percent in the first two months of this year compared to the same period in 2019, and plastic exports fell by 58 percent in the same period, according to customs.

Several obstacles are affecting manufacturers, mainly the ability to secure funds for raw material purchases, most of which are imported. Last year, the Central Bank has issued circular n.556 and created a $100 million emergency fund, that releases the dollars that these manufacturers hold in the banks in order to pay up to 90 percent of the requested sum, and this has helped manufacturers maintain production. Bekdache said that the Central Bank pledged renewing the circular, but as the situation worsened, it suspended its decision.

Amid this reality along with lifting subsidies on all raw materials, manufacturers are forced to secure the funds personally, according to Bekdache. Solutions are limited to two scenarios, the first is that manufacturers close their factories permanently or suspend manufacturing until economic conditions improve. The second scenario is to raise the product prices by 15-20 percent, as this will allow industrialists to secure the required funds for raw material purchases. Bekdache said that there is a third scenario, but almost impossible amid the prevailing security and political conditions, which is to find foreign investors to invest in local factories. The fourth scenario is Cedar Oxygen, which was launched in mid-2020 with a $175 million anchor investment from the Central Bank to provide exporters with access to short-term trade and supply chain-related finance products. “The implementation process is at slow pace,” he said.

Finding export markets is another hurdle that looms on the horizon, especially amid the rising concerns from Saudi’s export ban. Bekdache said that Saudi’s export ban on locally manufactured products is not announced, but some exporters are facing problems that prevents their goods from entering Saudi Arabia. He said that exports to the Gulf market are around $1 billion, which represent 30 percent of the total. “Therefore, we have great fears of losing these markets if the rest of the Gulf countries follow Saudi Arabia,” he said.

Bekdache concluded: “There is still great potential for the sector’s prosperity and development, but there are several steps that must be taken, mainly finding new export markets while preserving traditional ones, as well as developing industrial crops that fulfil the manufacturers’ need of agricultural raw material.”