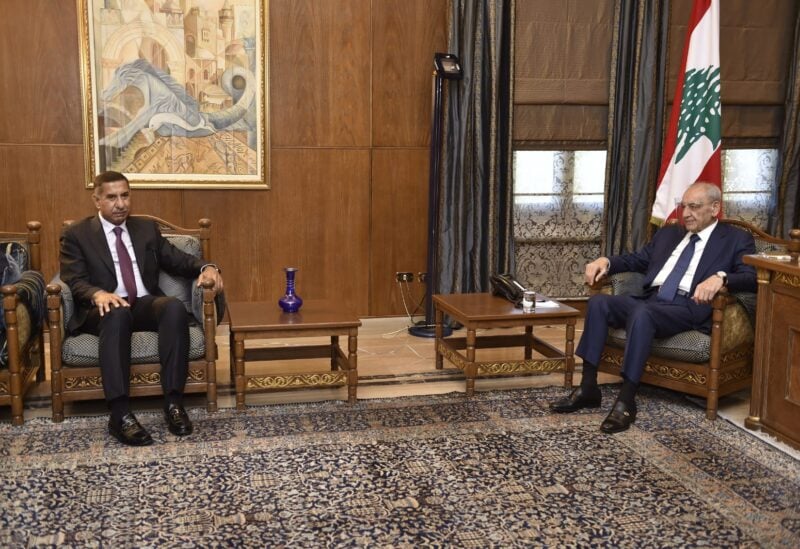 Parliament Speaker Nabih Berri, on Thursday received at the Second Presidency in Ain El-Tineh the Iraqi Ambassador to Lebanon, Haider al-Barrak, with whom he tackled the latest developments and the bilateral relations between the two countries.