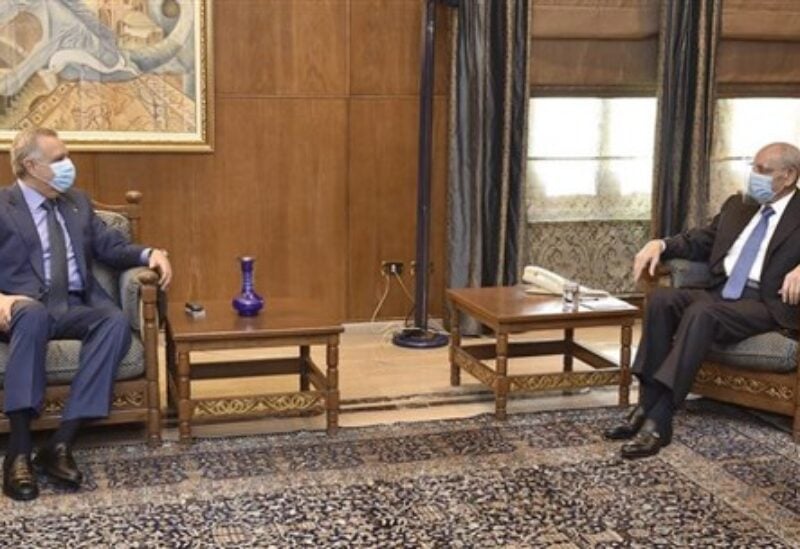 Discussions reportedly touched on the general situation and most recent political developments.

Speaker Berri also met with Japanese Ambassador to Lebanon, Takeshi Okubo, with whom he discussed the general situation in Lebanon and the region, in addition to the bilateral relations between the two countries.

On the other hand, in his capacity as head of “Amal Movement”, Berri chaired the meeting of the Movement’s Presidency Body, on the occasion of the 47th anniversary of the Movement’s foundation, in the presence of all body members.

The meeting focused on the occasion’s national dimensions and the  Movement’s struggle landmarks since its start, far-reaching the current stage that Lebanon is going through, and the Movement’s stance vis-à-vis the various political, economic, financial and daily living issues.

In a statement issued in the wake of the meeting, the Movement called on the Lebanese, in general, and the various official leaderships, in particular, to immediately shoulder their responsibilities and to take a historic stand to save Lebanon and prevent it from slipping towards the abysses of the collapse.

The statement underlined that what is required is the formation of a government void of any veto power but serving Lebanon’s interest as a whole.