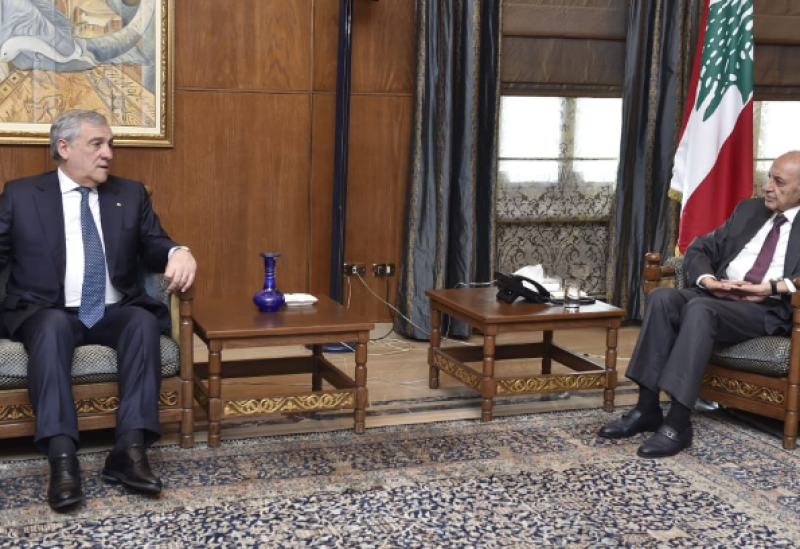 Nabih Berri, the speaker of the house, hosted Antonio Tajani, the minister of foreign affairs and international cooperation of Italy, at his home in Ain al-Tineh on Friday. Tajani was accompanied by Nicoletta Bombardieri, the ambassador of Italy to Lebanon, and a group.

The meeting reportedly discussed bilateral relations between Lebanon and Italy, as well as the country’s general situation and political developments, with special focus on the need to swiftly elect a new Lebanese President.

For his part, Speaker Berri praised Italy’s support for Lebanon through its UNIFIL peacekeepers in south Lebanon, noting the historical relations between Lebanon and Italy, especially economically.

Berri also briefed the Italian delegation on the Lebanese parliament’s approval of a number of legislations within the framework of its negotiations with the IMF, which will lead Lebanon towards a greater partnership with the economies of friendly countries, particularly Italy.