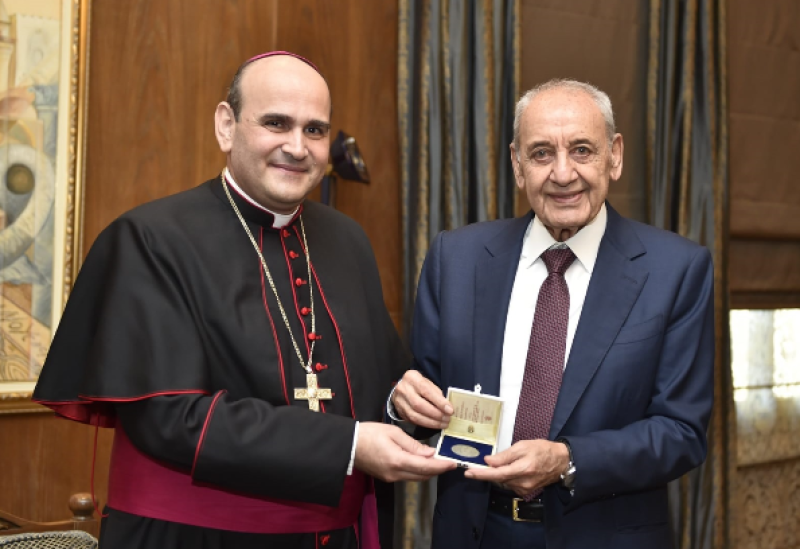 House Speaker, Nabih Berri, on Tuesday welcomed at his Ain al-Tineh residence the newly appointed Papal Ambassador to Lebanon, Monsignor Paolo Borgia, who paid him a protocol visit upon assuming his diplomatic mission in Lebanon.

Berri separately met the World Bank’s Vice President for the Middle East and North Africa, Ferid Belhaj, and the WB’s Regional Director for the Middle East, Jean-Christophe Carret, with whom he discussed the country’s general developments, especially on the financial and economic levels, as well as the WB’s projects in Lebanon.