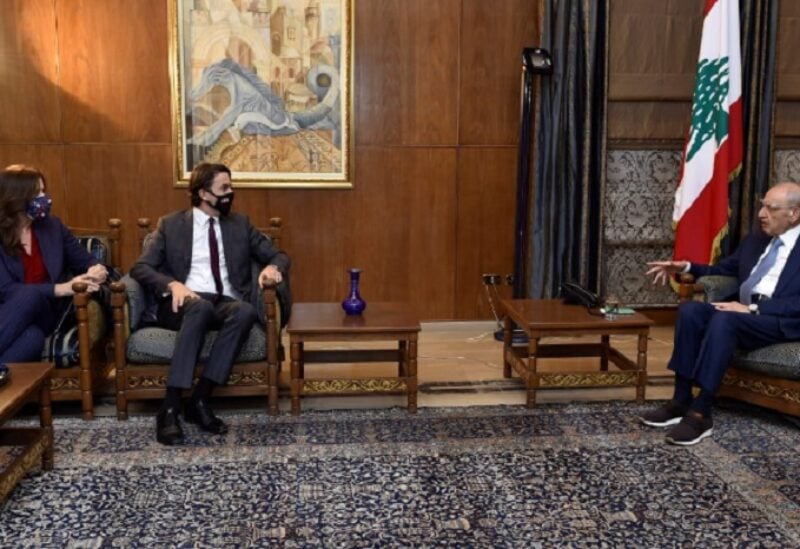 House Speaker Nabih Berri received at Ain Al-Tineh this evening the US mediator in the indirect negotiations to demarcate the Lebanese maritime borders, Amos Hochstein, and his accompanying delegation, in the presence of US Ambassador to Lebanon Dorothy Shea, where talks centered on the results of the US envoy’s efforts to resume the indirect negotiation process in accordance with the “Framework Agreement” and on the basis of adherence to Lebanese rights.