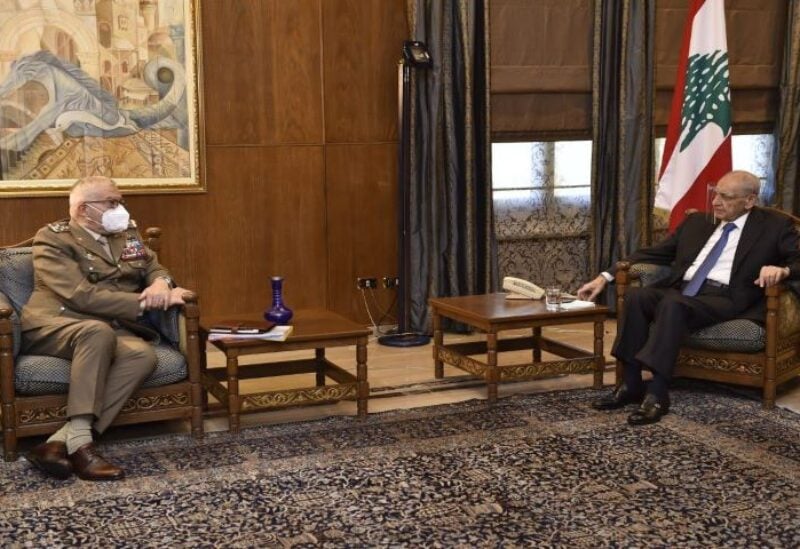 Speaker of the House, Nabih Berri, on Thursday welcomed at his Ain El-Tineh, residence head of the EU’s military mission, General Claudio Graziano, at the head of a military delegation.

The meeting reportedly reviewed the general situation in Lebanon and the region.

Speaker Berri also broached the latest developments with the United Nations Special Coordinator in Lebanon, Joanna Wronecka, who left without making any statement.